Productivity / opportunism (2016)
One who takes advantage of any opportunity to achieve an end, often with no regard for principles or consequences.

Hi there! How about a weirdly dark track to listen to while you read? Here you go -- Power Curve (DJ Shadow x Bleep Bloop Remix). Then if that gets a little too into your head, unroll with Blue & Green by Great Dane. All right, here's the news. 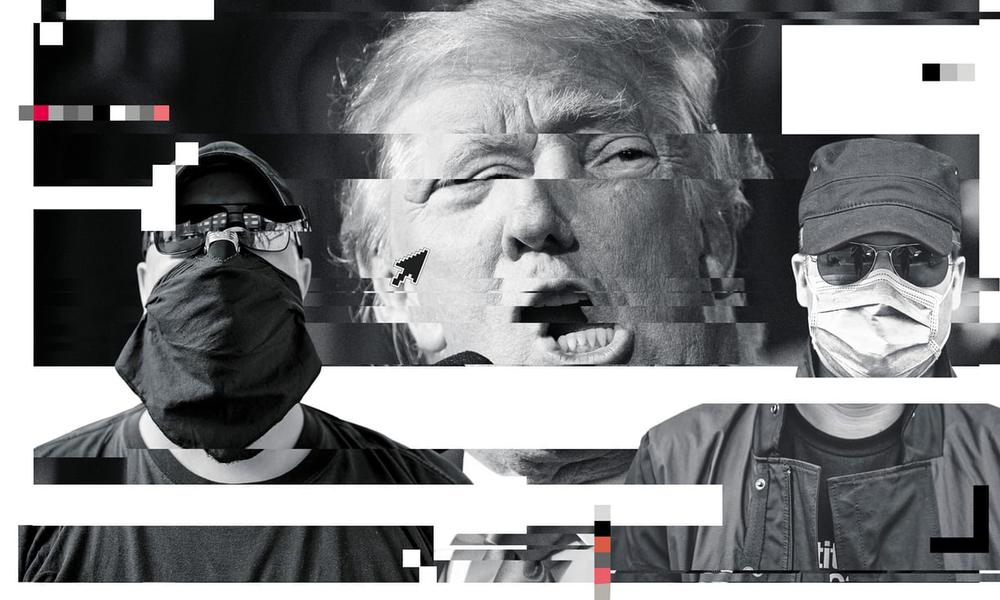 I always find it endlessly compelling how the people who know the most about a technology--and are the most slavishly devoted to its study--are the most likely to proclaim against it and to ultimately abandon it. (Hence, in my mind, the trope of the survivalist crypto-hacker, just as ready to start a campfire as to crack your wifi.) This article is about those nerdy kids who are now working to change the world via distributed, open source, encrypted software that everyone can use to undermine the government's ability to surveil and control them, and the potential new future it could create for the world. And of course, the inevitable rise of automation and tech hyper-elite. Holy shit the future is going to be crazy. 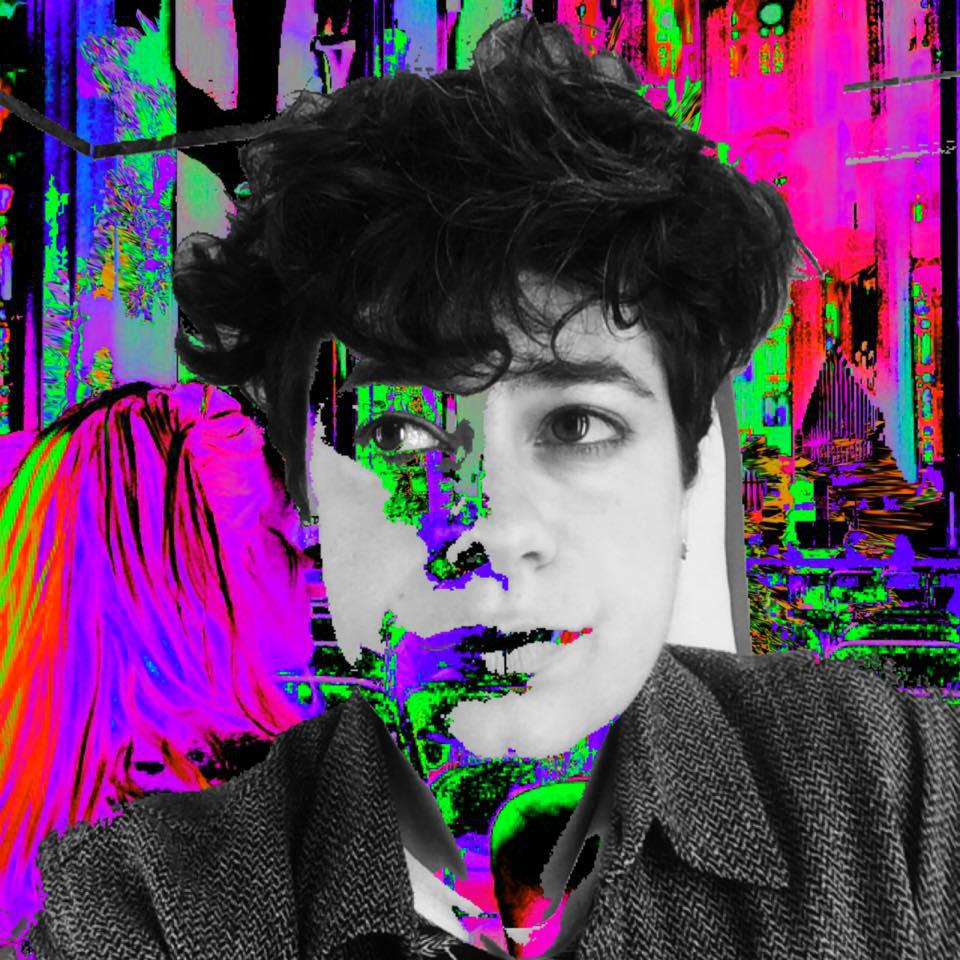 Sara Goodman: A Poet That Transcends The Preconceived Notions of Art

I love Sara Goodman. I got to meet her at Glitch Art Is Dead in Minneapolis, and as I figured from the internet and was confirmed by IRL, she is the coolest. Here's an article about her that also ponders the role and conception of the artist as social participator and poet while simultaneously using an unnecessary amount of capital letters (but it's cool). Tons of Sara Goodman's work here.

TS;DR (too scary; didn't read): Air pollution is 2.4x deadlier than we thought. "3 million premature deaths per year globally are due to outdoor air pollution" . . . "Benefits of cutting air pollution far exceed the costs" yet "many Republicans and the Trump administration are actively pursuing efforts to increase the amount of air pollution, potentially reversing decades of remarkable progress in cleaning our air" . . . "Between 91,000 and 100,000 air pollution deaths per year occur in the U.S." 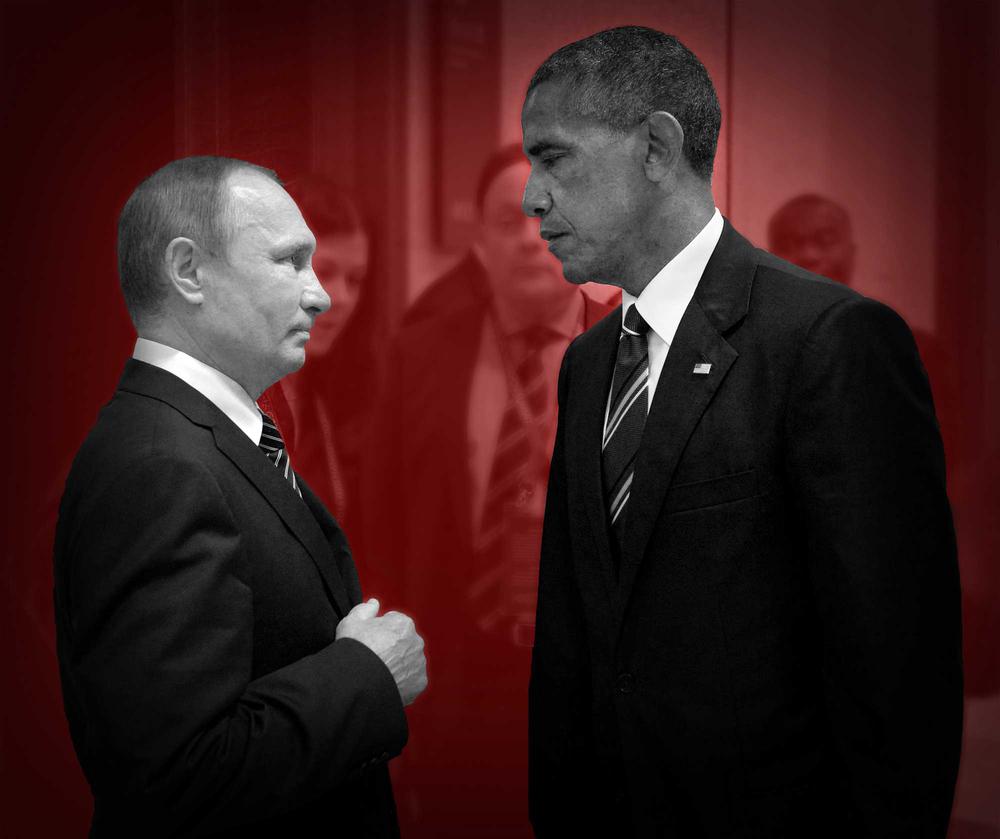 Whoa. A deep look into the background story of Obama's work against Putin's interference in the U.S. election, including the "expulsions of 35 diplomats and the closure of two Russian compounds" and economic sanctions whose impact was described as "largely symbolic". But wait, there's more! Cyber weapons in Russia's infrastructure (digital sleeper bombs) which are now in Trump's hands. Ultimately, the resistance is described as a paltry response. Essentially, it's a sad story, but a wistful, tragic, penetration-of-our-democracy-and-we-can't-do-much-about-it-sort-of-fascinated-sadness. Also, cool images, diagrams, and side references, so give it a read. 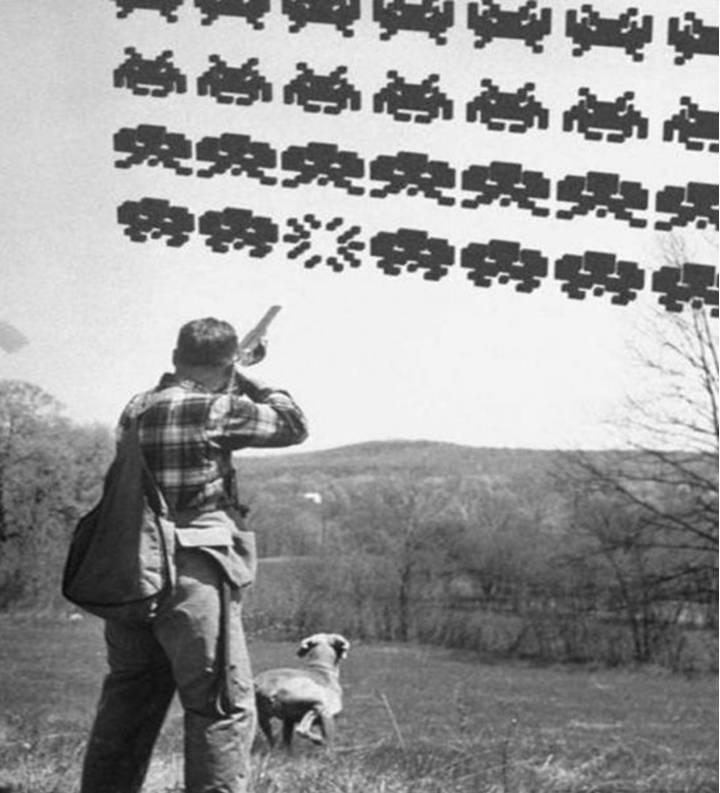 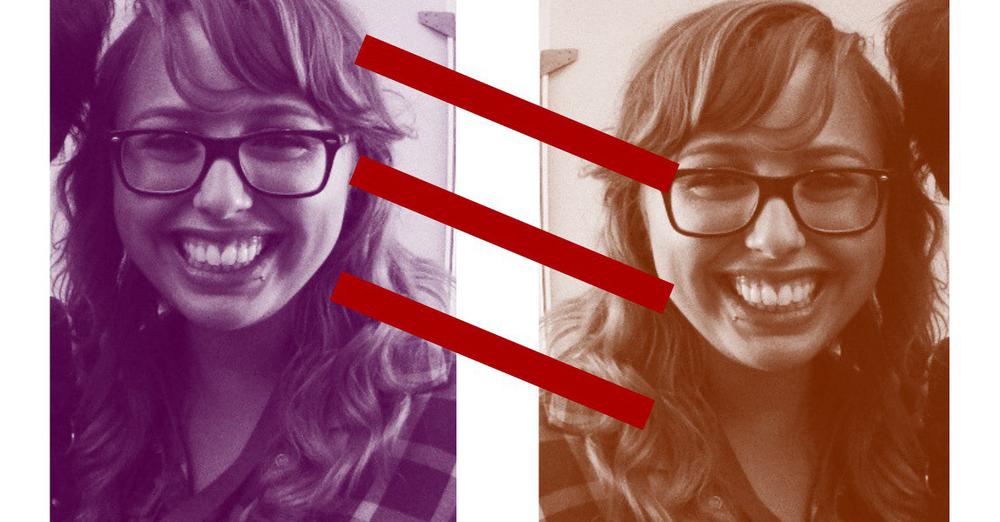 I try not to be too overtly liberal in Glitchet (but hey--I am), but this article and the evolution it covers is extremely fascinating from the perspective of warring ideas, capitalism, gender-perception-driven power structures, and straight up psychowarfare. A prominent YouTuber and feminist icon with years of history in the sex positive and intersectional feminism landscape did a 180 into alt-right, "red pill" land. The "red pill" belief is that men are inherently superior to women and that the old gender roles of ancient times are really the way to go, and also pick up artistry and having lots and lots of harems of women. It's a belief for men, by men. (Hilariously, the idea of "red pilling" couldn't be farther from any analogue to the idea of waking up from an oppressive reality where we're all controlled by levitating robomotherfuckers.) Interestingly, some women will get behind this very anti-woman idea because they get showered with praise and accolades by the men who can now point to them as "proof". Additionally, knowing exactly where you stand in a social hierarchy is nice and easy, even if it means putting up with boys, who, you know, will be "boys".

But let's put all of that aside and talk about money. It's hard to believe someone would flip straight from being an extremely important figure in intersectional feminism (and all the inherent beliefs that accompany it) to making YouTube videos about how there are definitely, totally only two genders and sexes, even if you consider the fact that her boyfriend is fairly alt right leaning. Until, of course, you look at the views on those videos and realize that she's making money. Both from pissed off feminists, confused know-nots, and gender binarists looking to have their views confirmed. (Who gives a shit why she flipped? She flipped in my favor!) But perhaps most cyberpunkly-fascinating--when was the tipping point? Who planted the seed of the idea? How did it spread? How did she change?

It all makes me ponder the question - how much, exactly, is your ideology worth? Can you put a dollar amount to it? It can be worth a whole lot, naturally. But boy does your credibility and integrity go from priceless to worthless.

You Do Not Think Alone

Mostly a promo for a book The Knowledge Illusion, but it makes the point that all knowledge we have is not truly our own--rather, it's the result of a community effort. They asked a bunch of humans if they know how the things in their lives work and they said, yeah, duh. But asked to actually articulate it, they couldn't. Our surroundings are created out of the collaborative efforts of thousands of years of intellectual work and highly specialized knowledge and skill--and it's important to know your own cognitive biases lest you wander into the woods, thinking you know how to stay alive. (Hint: you probably don't. I don't. I'd die in the woods. I need to read more books.) 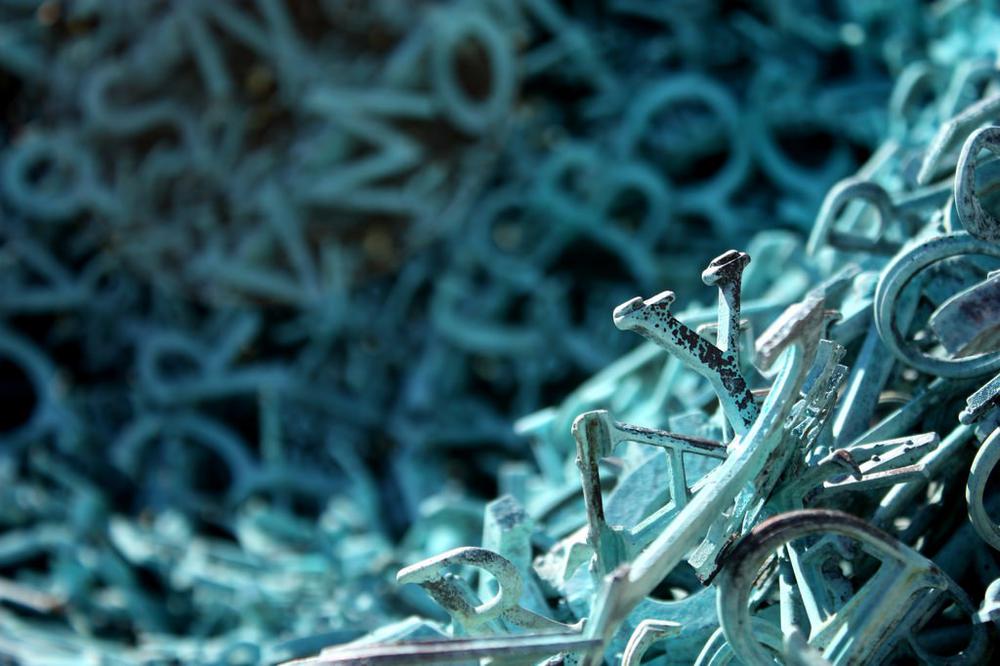 Here's a nice little pissed off list-missive (ah, that sounds so much nicer than "listicle") on staying sane and motivated when everything around us seems so scary and dumb. To summarize: less news and social media (Glitchet doesn't count!), writing as resistance, "piss and vinegar into the work", do real resistance, self care, don't downplay or dismiss what you do ("fuck that right in the banana pipe"), don't be afraid to go big, art has meaning, talk to others like you, and remain cautiously, grimly optimistic. Aw yeah, that last one is my forte and siren call. I'm a realistic optimist, yo--shit's probably gonna suck, but I hope it doesn't. 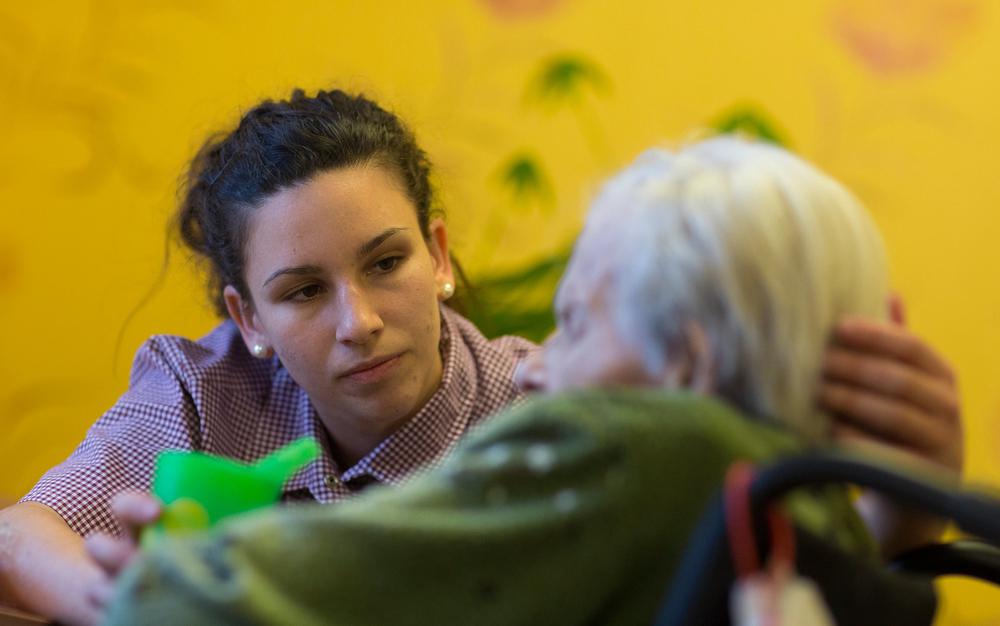 The future is emotional

This article posits that the most valuable human jobs in the future are the ones that require emotional labor. After all, when the programming jobs have gone to the algorithms (maybe that'll be the new "gone to the dogs") and all the chefs are replaced with robots, I'm only going to want to patronize restaurants that have the most exquisitely caring servers because what else do I need a human for?

OK, I gave myself a sad with that. But the utopian side of it is, w'll all have basic income and our needs met and we flower and blossom into an incredible world of intellectual and emotional self-amusement, satisfaction, and love as we all truly take care of each other and appreciate one another. ... Yeah, that's what's going to happen!

truth is a poem, peekasso 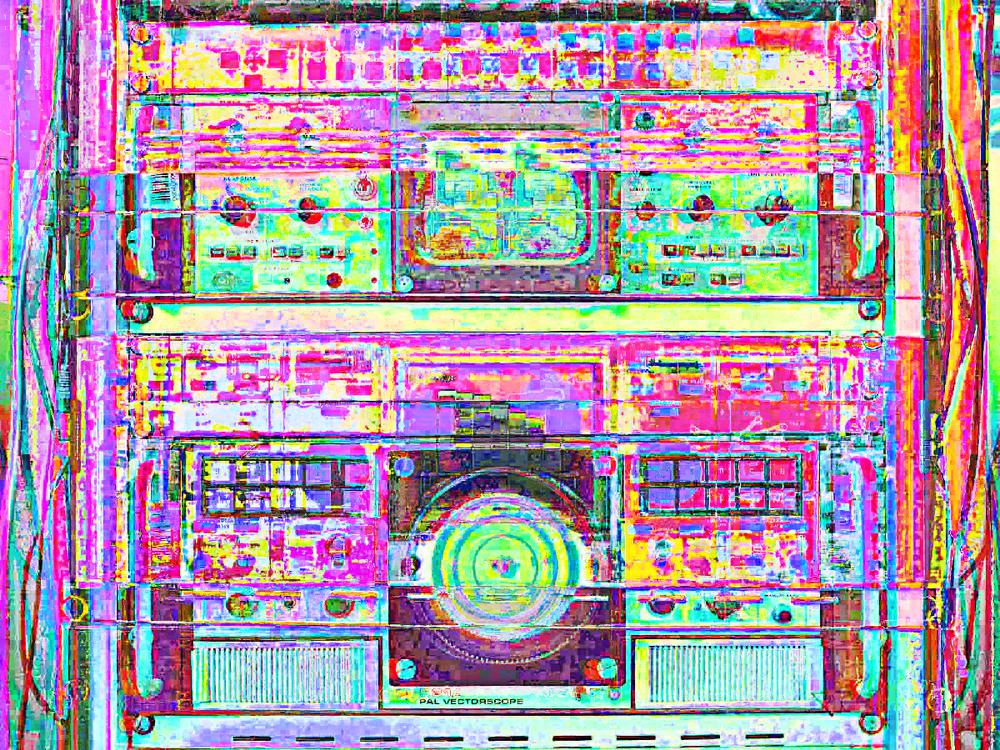 Sike! You were worried today's Glitchet wasn't going to come, weren't you? (No, probably not. I am projecting. I apologize.) Just a little slow today since it's 4th of July weekend and also I barely slept. I'm all here now! Let's talk about thinking!

One of my friends has recently started to dig into the great depths of political discourse, the continuum of progressive-conservative values, and of course, how it all relates to your fundamental emotionally positioned worldview. I made the point that one of the most powerful tools for looking at these arguments is to think about the next level up of, "Who stands to gain from your adopting this viewpoint?" Does the person making the argument stand to gain? (Almost always, yes, otherwise they wouldn't bother sharing the point.) What do they stand to gain? Is it more power through your allegiance? Is it an emotional satisfaction of knowing that you no longer believe something they fear? Is it an economic bonus? Is it your vote?

But not just the person convincing you--do you stand to gain from the idea? Does it liberate you? Does it give you more power? Does it give you more power at the expense of others' power? Does it expand your worldview, or does it bring you an easy comfort? Does it make sense? Does it make too much sense? Could you poke a hole in it--or if it's alien and strange and discomfiting, could you expand your mind around it until you can understand the other side, and then dismiss it as out of your core values?

Because that's what it comes down to. Your core values, which are often emotionally learned throughout life as a way to cope. For many of us, it's too late to change those. For instance, my friend and I talked about his belief that we are essentially primal, primitive beings playing pretend in a fantasy world. My belief is that it's extremely easy to reduce us to that state (Maslow what up), but the entire point of improving ourselves is so that we can have the convenience, ability, and intellect to sit around in a coffee shop and debate those ideas, and provide better lives for everyone.

The core of this, of course, is that it's hard for me to think of myself as primitive and it's hard for my friend to think of himself as aspirational. Not for an intellectual reason, but because of an emotional reason. I'm out of touch with my opposite (or at least opposing)--we all tend to be, unless we actively, earnestly strive to understand the world through another view. And then comes those questions: who stands to gain from your belief? This could be the convincer or you. Who is harmed by those beliefs? This is generally going to be you and those others whose needs and feelings may be discounted, neglected, or erased, and even occasionally the interests of the person making the argument themself--most frequently in the name of allying with those who will approve of your parroting their message. To bring it round to cyberpunk: Good job, citizen. Spread the Truth(TM) of the Beauty(R) and Incredible Safety(C) of the surveillance state. (And what's the emotional position of that good citizen?)

Wow! OK. I typed a lot. That's what happens when I sleep, I guess. All right, bye, have a great 4th or whatever it is you do where you are. Don't forget to share your favorite newsletter with a friend. And if it isn't Glitchet, share Glitchet, too! Comments, rants, rambles, and hellos directly to [email protected].