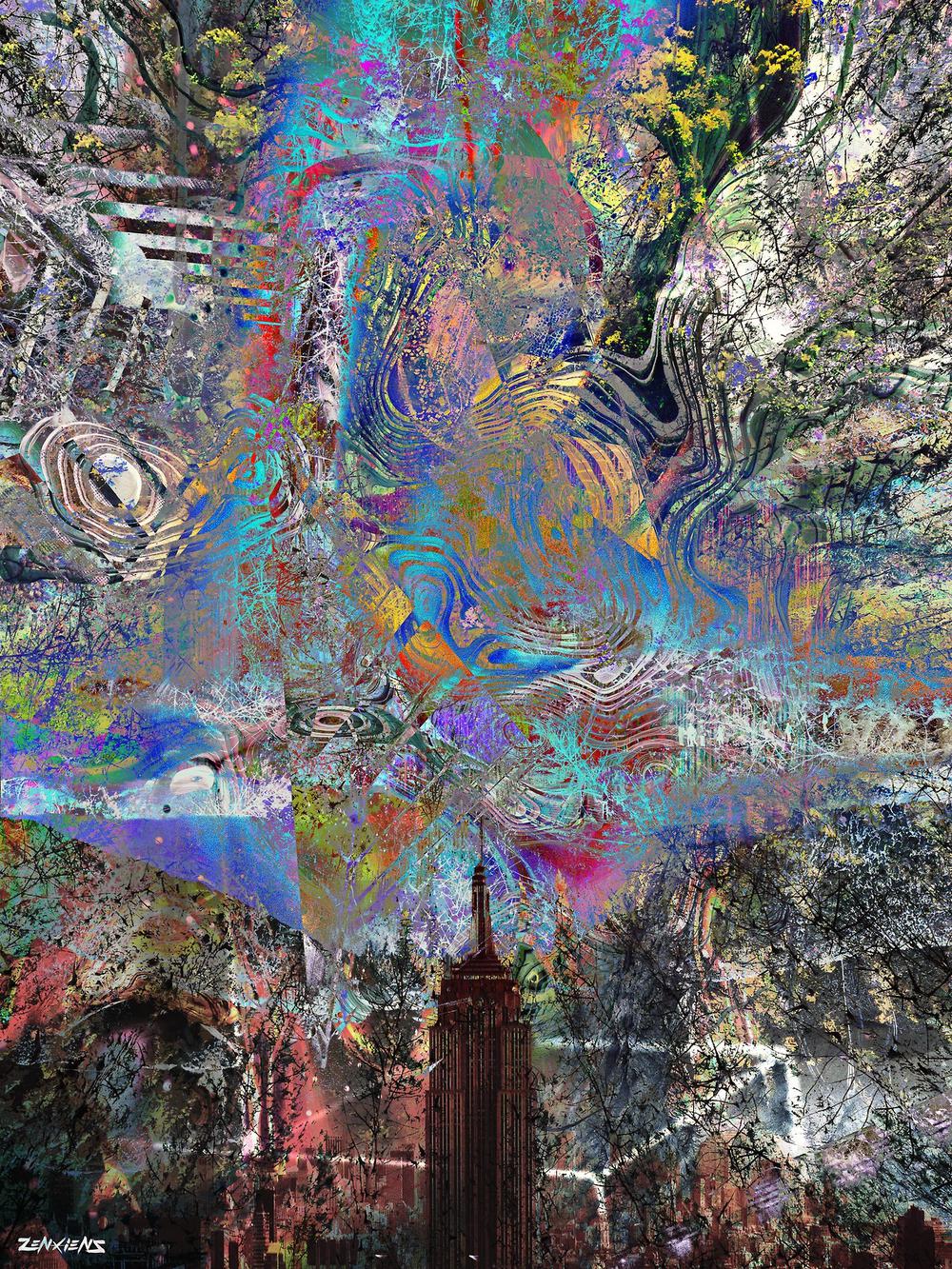 Hi there! You're looking particularly smart today. Here's a song for you to listen to while you peruse this newsletter: Feeling, by Decap. Spaced out, rhythmic beats with wide, harmonious sound and judiciously applied samples. I LOVE this song. OK, read on! (P.S.: The descriptions here are a little short because most of my thoughts on the end of the world are at the signoff at the bottom.) 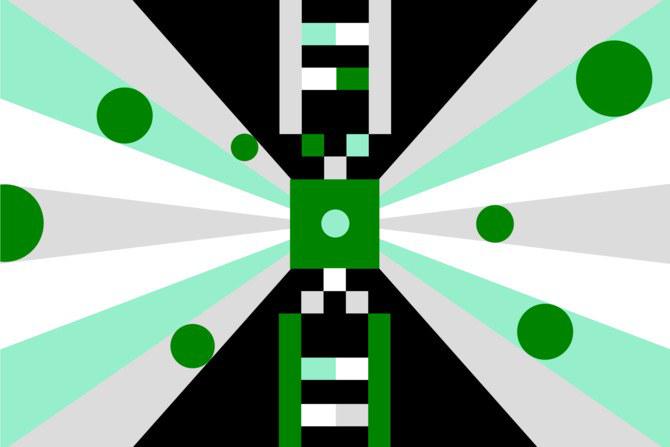 Biohackers Encoded Malware in a Strand of DNA

Here's the most cyberpunk thing you'll hear today: biohackers managed to lace DNA with a code that infected the DNA of a computer used to scan that DNA and HOLY SHIT YOU COULD LACE YOUR OWN DNA WITH A COMPUTER VIRUS TO KEEP AUTHORITARIANS FROM TRYING TO SCAN YOUR DNA HOLY FUCK IS THAT THE MOST CYBERPUNK THING IN THE ENTIRE UNIVERSE ok i'm calm i swear 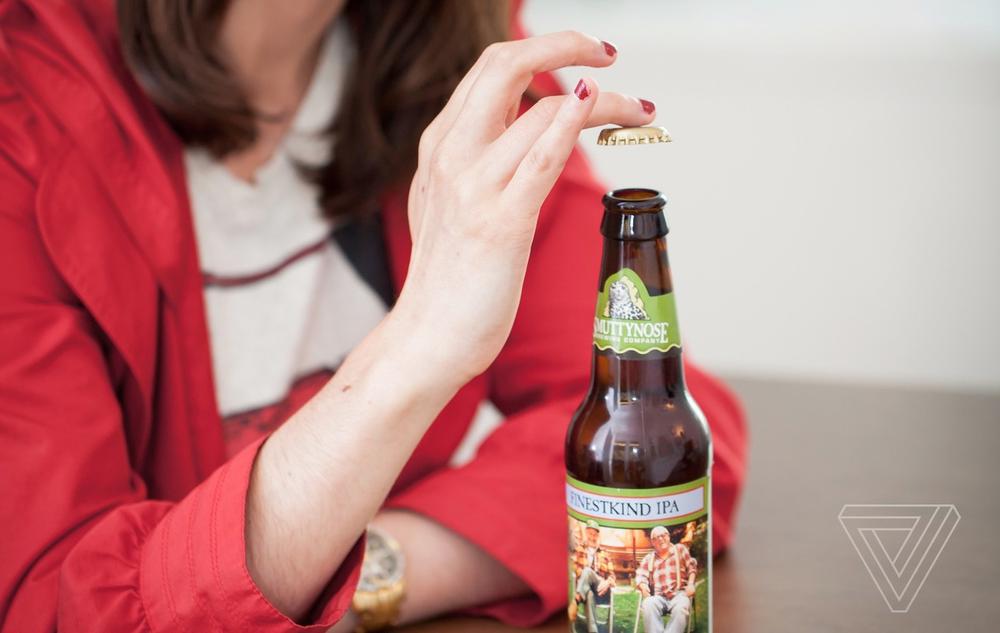 I Hacked My Body for a Future That Never Came

Here's an interesting take--taking a literally surgical risk on a technology that never manifests into great popularity and becoming a relic of a strange fringe idea. This woman implanted a magnet into her finger, but the issue is that the magnet loses strength over time and makes other facets of life difficult. And the strange feeling of losing what seemed like a sixth sense over time. 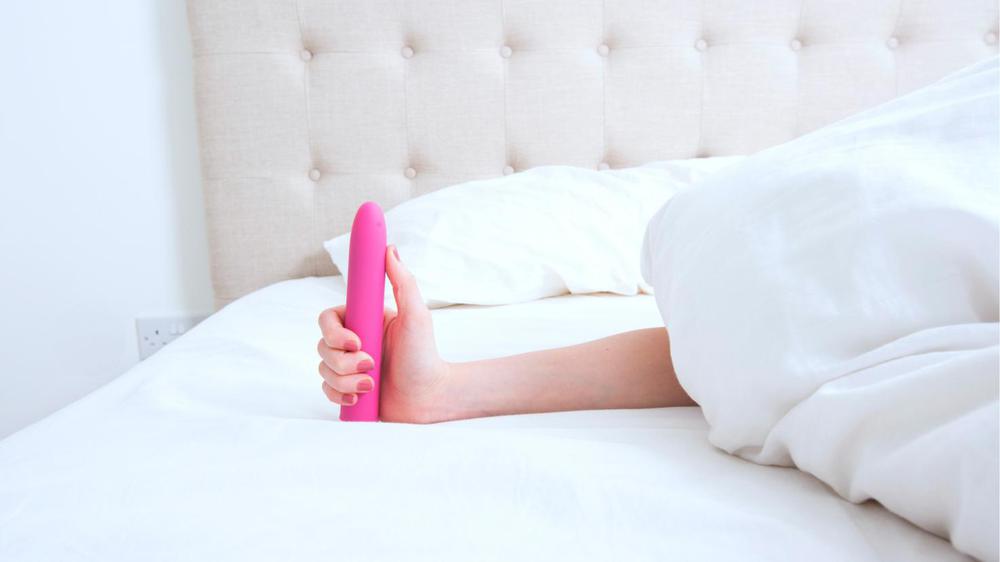 Short and skinny of it (that's not a dick joke (unless you want it to be (you perv))): smart sex toys are, unsurprisingly, just as insecure as the rest of the internet of shit. Here's a breakdown of how some scientists managed to do... well, it's in the title yo. 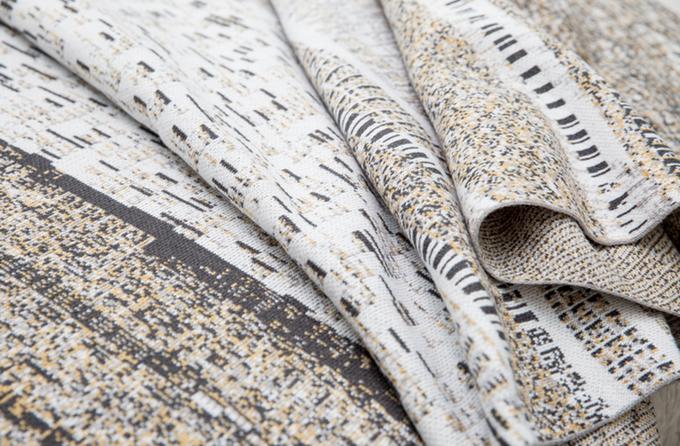 You remember those scarves made out of Stuxnet's binary data? The guy who made them (Jeff Donaldson) is doing a Kickstarter to raise money to produce more fantastic glitch tapestries. The reward tier prices are actually a steal for this type of work--I've wanted one of these _forever_. (Also, hi, Jeff!) 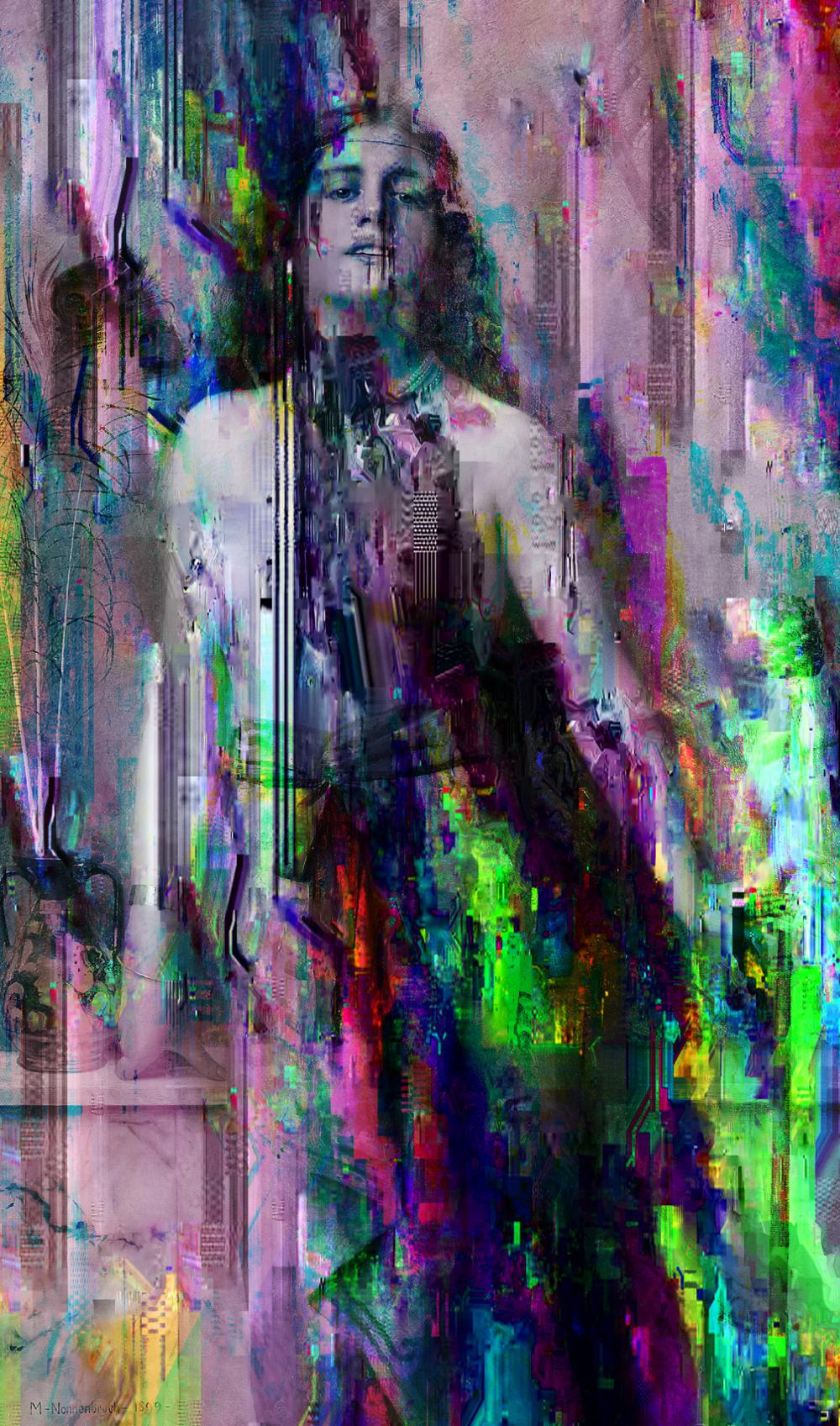 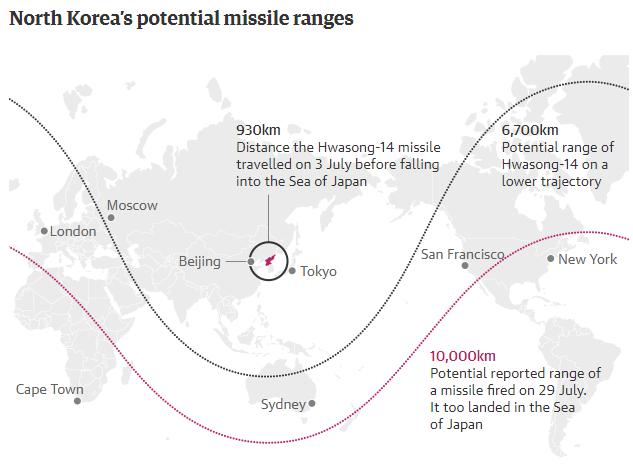 I'm sure you heard about this already. But if you didn't, yeah, Trump is waving around the U.S. army like it's his penis at North Korea, who is meanwhile considering whether or not to nuke us. F-f-fun... (I don't have any denial to provide you. I'm sorry.)

If a nuclear bomb is dropped on your city, here's where you should run and hide

An article on what to do if the bomb doesn't kill you. Jesus. I'm sorry. I don't know how to make a joke about this. Wait, let me try... How many people does it take to screw in a lightbulb? It doesn't matter, it's the apocalypse and there's no electricity! 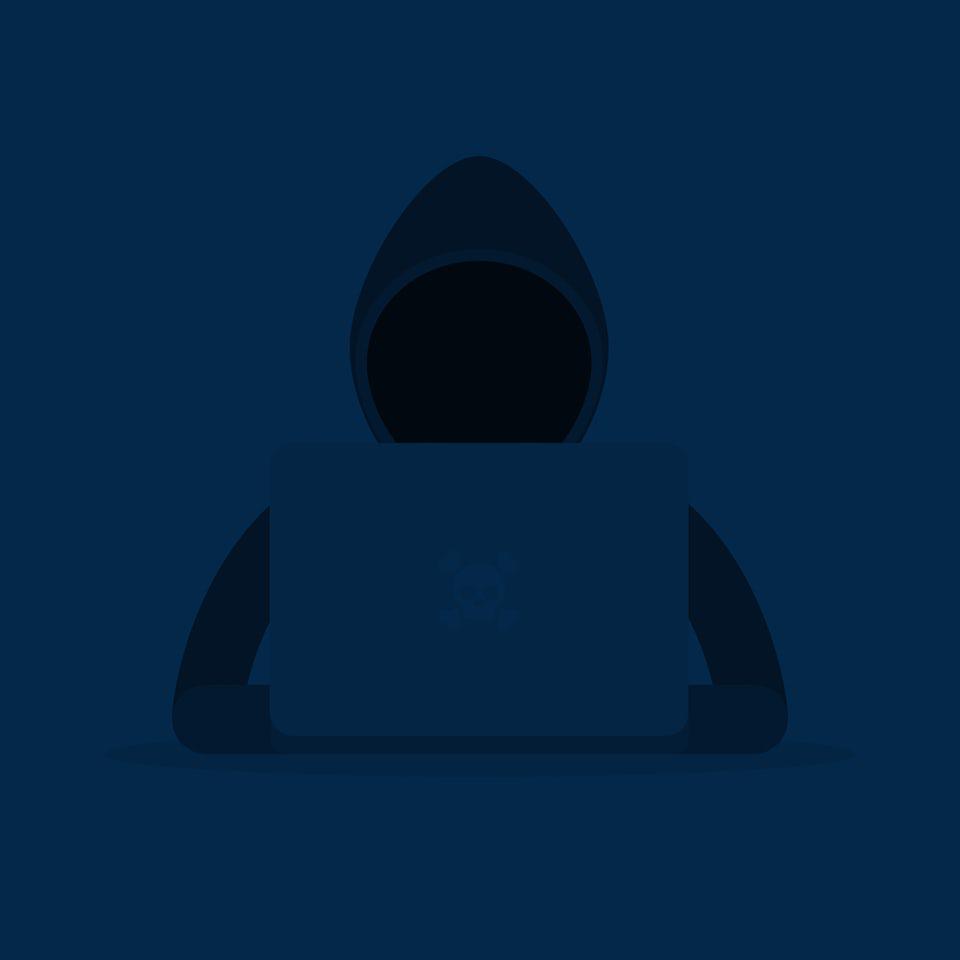 How to Prank the Rich and Powerful Without Really Trying

Here's a bit more levity for you--an interview with the internet prankster who fooled Eric Trump and Anthony "The Mooch" Scaramucci. (BTW, man, this new trend of putting actual HTML on top of images is great for the web but boy it sometimes makes for boring as heck title images. Oh well.) 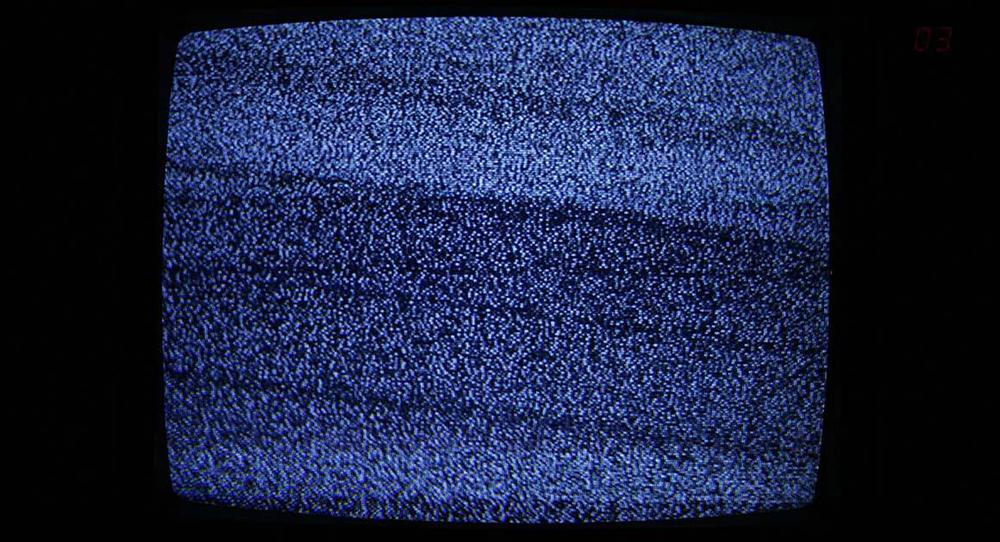 How Technology Killed the Future

And here's an article that really just "gets" me--the idea that radical accessibility to technology and information NOW makes it more difficult for politicians (and everyone else) to get anything done because we're so plugged into the hypermatrix of superdata (definitely real things and not words I made up, yup). Note that the Politico site is apparently stupid now and you have to click the little Page 1, 2, 3, etc. things to get to the next page of the article. 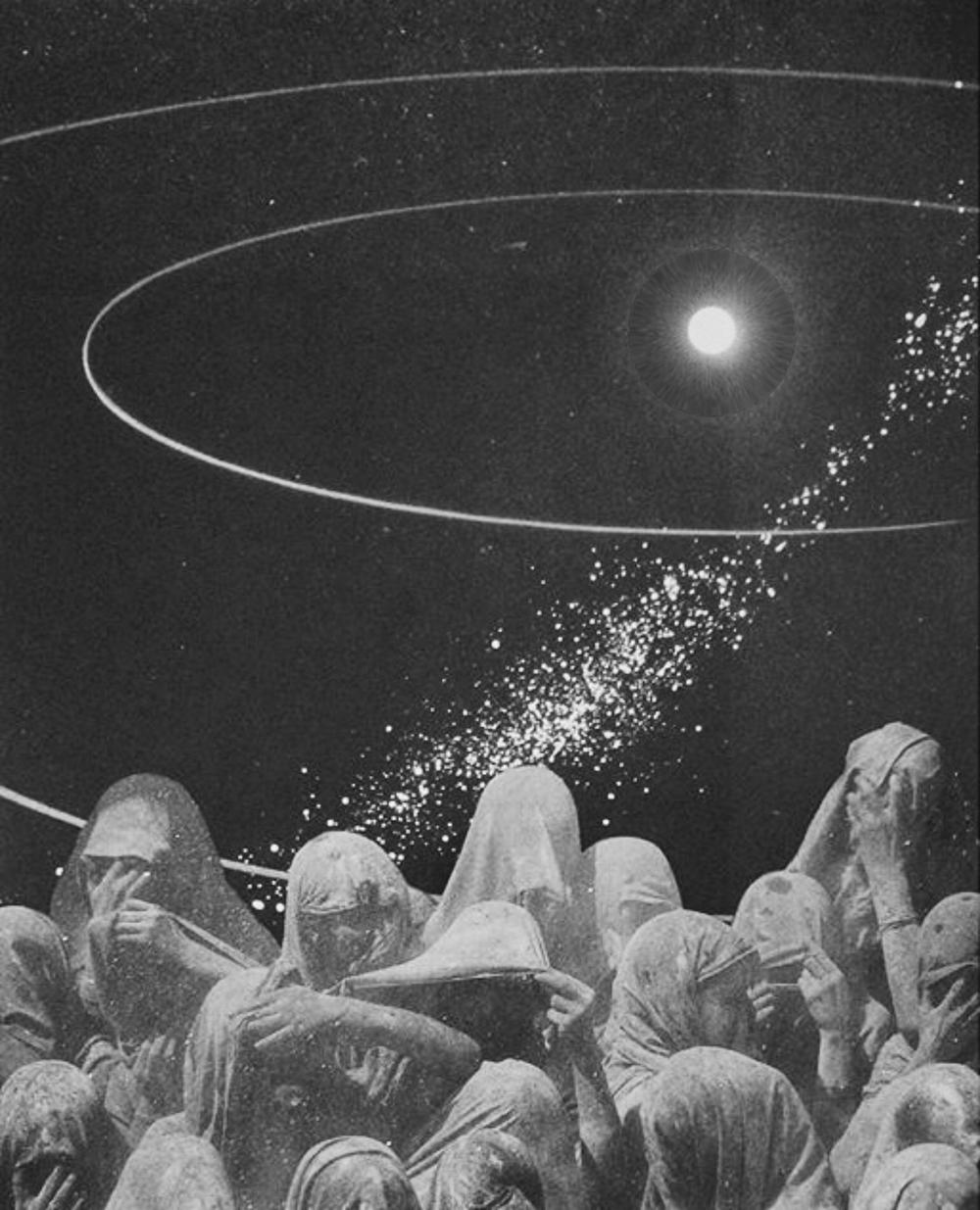 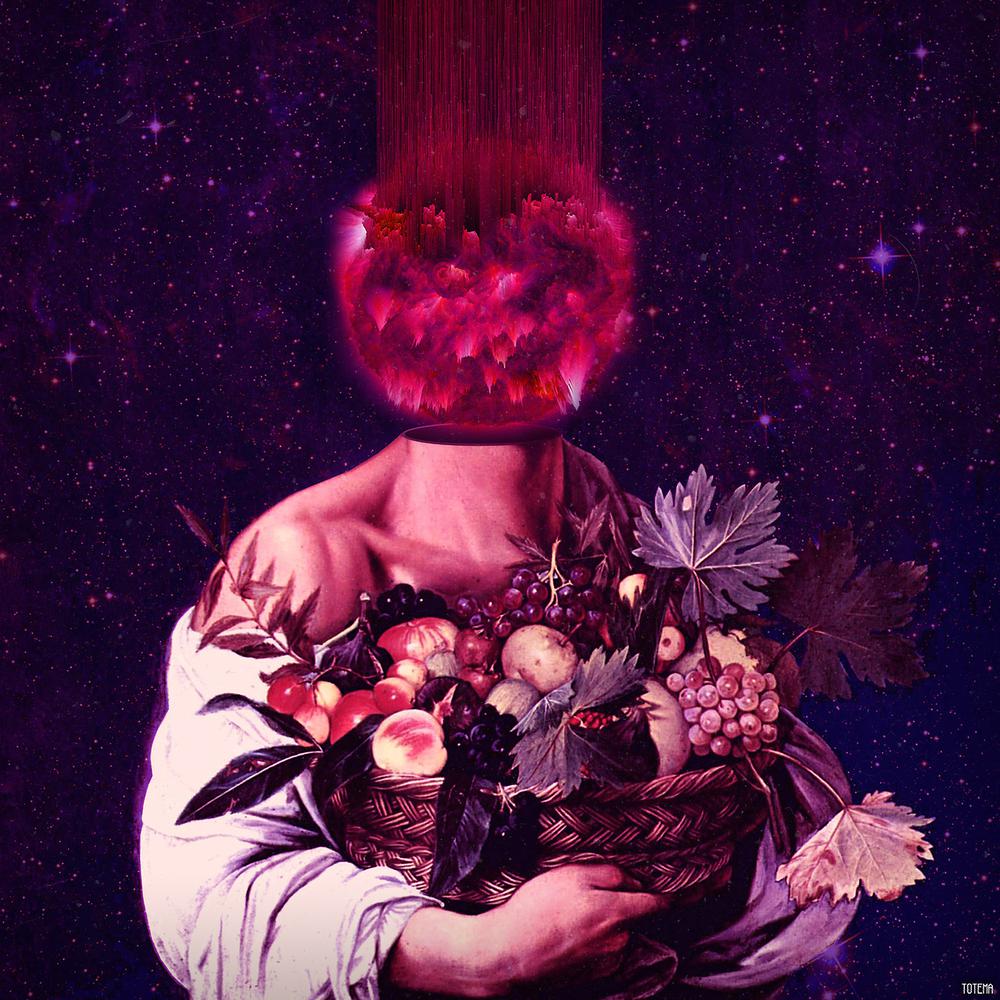 I don't know about you, but the threat of death by thermonuclear war and radiation fallout always puts me in a weird place. Like, the weird sort of place that makes me question the cosmology of my mind and my ideas about death and even whether death is possible. Because, you know, we're great at rationalizing away why we would never die with theories as outlandish as eternal reincarnation (even on other planets) or quantum neverdeath which is the idea that every time you WOULD die, you simply merge into the reality where you don't. It often makes me wonder about that whole "you create your own reality with your expectations thing"--is thermonuclear war going to happen because I'm super anxious it's going to happen? Gee, I certainly hope not. My bad, y'all. (Let's ignore the completely solipsistic undertones here.)

But all that aside, it also makes me think about the morality of emotions and expression. What would you do if you knew it was the end of the world? What becomes important to you when you know you're going to die? Then again, the only difference is the amount of drama, not the facts. Many a person has encountered that very fact, such as those who receive news of a terminal illness tragically early in their life. I'm pretty fascinated by this idea of forced urgency because I, myself, don't like to live my life particularly urgently. I prefer the "chronic planner and thinker and analyzer" mode of life. Here's a moral conundrum: What if the person you truly had feelings for was personally content, happy apart from you? What if it was simply complicated? Would you express yourself, selfishly--at the end of both your lives, with something that only benefits you? Or would you let death take you, knowing it didn't matter, it didn't have to be, that you're entering the sublime unknowable (possibly un-)experience that is death and whatever may or may not be after and everything here is just fine. Or maybe you'd restrain yourself but still quake in fear until the very last moment? Uh... I'm not making you anxious, am I? I'm making me anxious. Sorry.

All this is very interesting to me because... I mean, we could die at any moment of a brain aneurysm or something. (Wait. Hold on! I'm going to make it less anxious, I promise!) Or a gamma burst. (I swear.) Or a stray satellite. (OK...) And it's so hard to accept that fact, to face up to it. But the truth is that not acknowledging it makes you live as though you think you're never going to die. I think most of us (I certainly do, at least), tacitly assume that I am immortal. Because the idea of experiencing nothingness, at least from a materialist atheist point of view, is existentially horrifying.

But it doesn't matter what does or doesn't happen after, because we all must die. I killed a gnat three minutes ago. I've had family members die. We know people die. But to assume that we won't means that we think we have unlimited time--unlimited time to do something, unlimited time to laze around, unlimited time to work before we really finally enjoy ourselves, unlimited time to just let whatever go, unlimited time in which to work up the courage to do something, unlimited time to whatever. But the truth is that we don't. Very many people die every day and we've only just acknowledged the possibility that Trump and North Korea might just in fact end the world as we know it, not to mention millions of lives. But we don't even need to wait for that to lose the possibility of ever doing a thing in this physical life ever again. So it's worth living now. Saying that thing you've always wanted to say, beginning that project you always wanted to begin, or just acknowledging the people in your life currently. Living your life as perfectly as you feel you're supposed to live it out instead of being mired in fear and the belief that "it's fine, I can always do it later".

Sorry. I don't know if that actually made you any less anxious. But it makes me feel less anxious, because it's clear and simple and straightforward. I'm going to die one day. It could be tomorrow. It could be before I even finish this newsletter. (But I hope not--I don't want to disappoint you!) So I'm going to continue to try to take every moment and live it as perfectly, as lovelily as I can. Thanks for listening, and as always, for reading. (Here's another song I really like that will hopefully ease your senses.)