I was having a conversation with some people I met at a party (hi Jared and Chad! (I didn't tell them about this newsletter (I'm shouting into the void))) about how, being a programmer, I'm absolutely stunned that anything works at all. From the Equifax hack to the CIA subtly attacking uranium enrichment centrifuges like years ago to just awful security practices all around, it's a miracle millions of people aren't already dead from bad software (and a miracle that Trump's Twitter account hasn't been hacked yet).

Anyhow, here's an article about how an Englewood, Colorado 911 dispatch system broke down because its internal counter for the number of calls serviced was not set to have a big enough max number. (If you don't know software development, this is because often, in databases, you need to set the maximum allowed amount of memory for a value, such as the number of 911 calls received. But still, it's a very basic oversight--the likes of which YouTube had to face when Gangnam Style broke 2,147,483,647 views.) And it's also about the pandemic that is shitty programming, flawed models for understanding the world and its problems, and better ways for keeping us from fucking up--and, on a realer-than-you'd-like-to-think level, dying. Recommended long read. 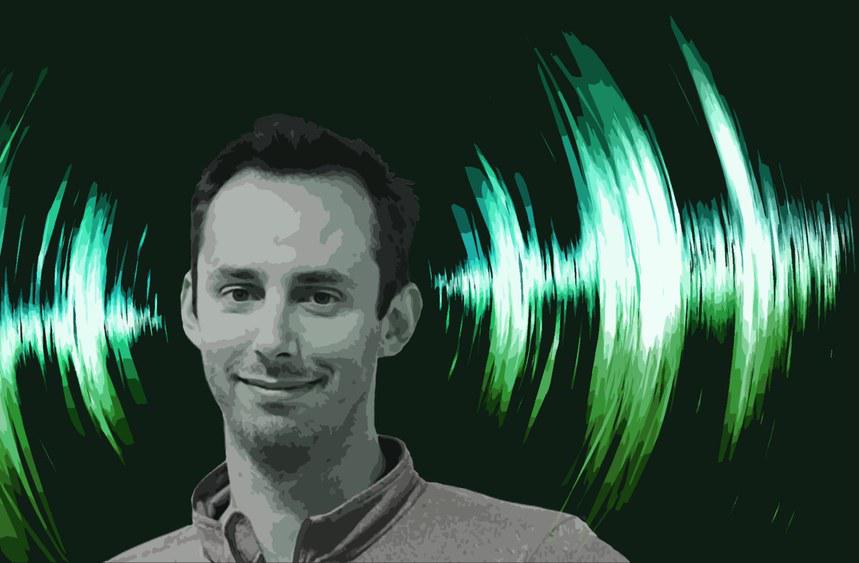 God Is A Bot, And Anthony Levandowski Is His Messenger

Clickbait disclosure: this is mostly about Levandowski and his work with self-driving cars, antagonistic business practices, and being sued by Google for stealing self-driving car stuff to work with Uber. But let's focus on those first couple paragraphs here in the commentary: Levandowski is creating a religion to be on the right side of history and the robot uprising when it happens. It seems that the goal of his "Way of the Future" church is to literally worship an AI as the godhead, which is both metaphysically and pragmatically flawed. (More likely, it's a way to get "donations" from very rich X-riskers and deluded upper-middle-class technologists.) You can figure out the metaphysical issues with trying to worship a probably-decentralized-AI as the godhead (or CAN you?!), but the pragmatic issue to me seems simply to be that the robot gods won't look upon you and your pitiful worship kindly. What need have the robots for your love and devotion? UNLESS, of course, we're actually all in a Matrix right now and by worshipping the finally-descended representational forms of our digital creators is the true path to ascendancy, the second coming of Techno-Jesus as envisioned by a self-gratified programmer in the reality outside who truly believes that he's a great storyteller and gee it's sooo metaphorical. 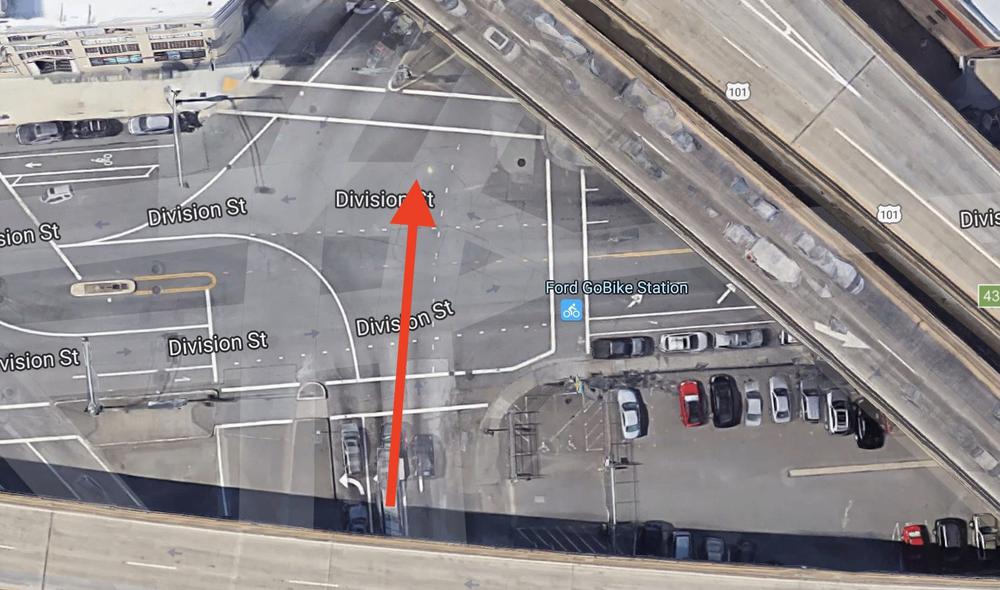 But you know what? We as a society will fight back against the coming AI god onslaught by crashing into their cars. Repeatedly. They can't make progress if they can't get anywhere. (Because, you know, AI is completely relegated to corporeal mobile forms and can't spread in any other fashion beyond having a metallic avatar. (Wow, Way. What's up your butt today? (It's OK. I see a child wailing against the glass door in this coffeeshop, slowly, absent-mindedly--then he sees a very big man waiting outside and he backs up, stunned in the way that children are. Ah, joys!)))

This certainly isn't the reality, but it's pretty funny to imagine that self-driving cars will never get off the ground/out of their driveways because every time they go anywhere, bad human drivers just ram into them. The AIs get depressed and give up. The world is saved! Yay, human incompetence! Too bad we can't crash our cars into climate change... (If you could crash your car into an abstract concept, what would it be? I'd crash into inequality, and also lateness.) 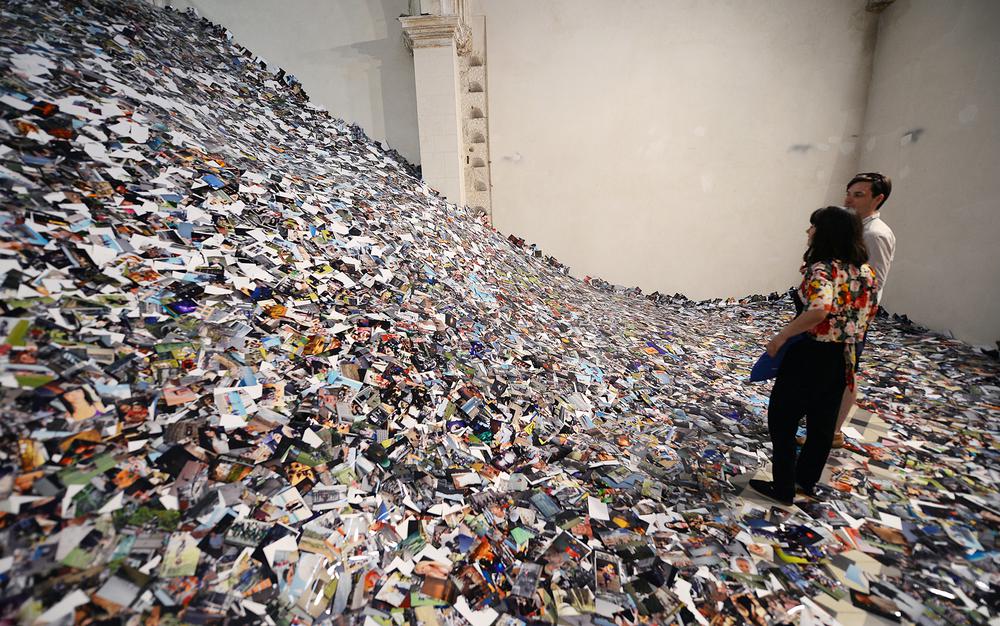 This is an article on the impact of algorithms on our aesthetic creativity. Here's a delightful idea from the lead-in, where Kasparov and other humans collaborated with computers in teams called "Centaurs" against other Centaurs: "Having a computer partner also meant never having to worry about making a tactical blunder. The computer could project the consequences of each move we considered, pointing out possible outcomes and countermoves we might otherwise have missed. With that taken care of for us, we could concentrate on strategic planning instead of spending so much time on calculations. Human creativity was even more paramount under these conditions."

I think that's fascinating. The article continues, "We are all centaurs now, our aesthetics continuously enhanced by computation. Every photograph I take on my smartphone is silently improved by algorithms the second after I take it. Every document autocorrected, every digital file optimised." And the same thing is happening to our art--I think that the democratization of artistic tools is a fantastic thing, and that the best of the best will always rise to the top. I think there will also always be a premium on human efforts and human-resultant scarcity, even if in the future it seems quaint. There'll always be a place for being and feeling human. Now, whether people want to pay money for it is another question entirely... 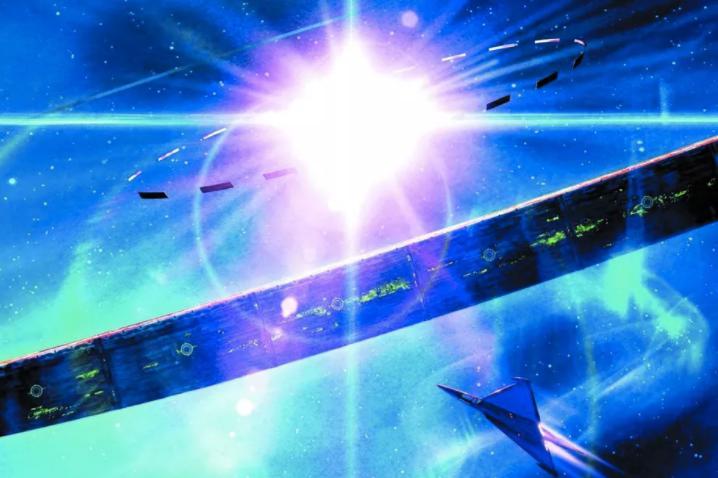 YOOOOOOOOO. While writing this I've actually been sitting next to a woman who is reading Snow Crash and I wanted to be like "hey you might like my newsletter" but I got anxious about bothering someone else especially since they were wearing earbuds, so I didn't. Anyways, I'm just sharing this anxiety because there's nothing else to comment on--it's cool that there might be a Snow Crash show. I hope the floating trash island is as bleak as I imagine it while reading. 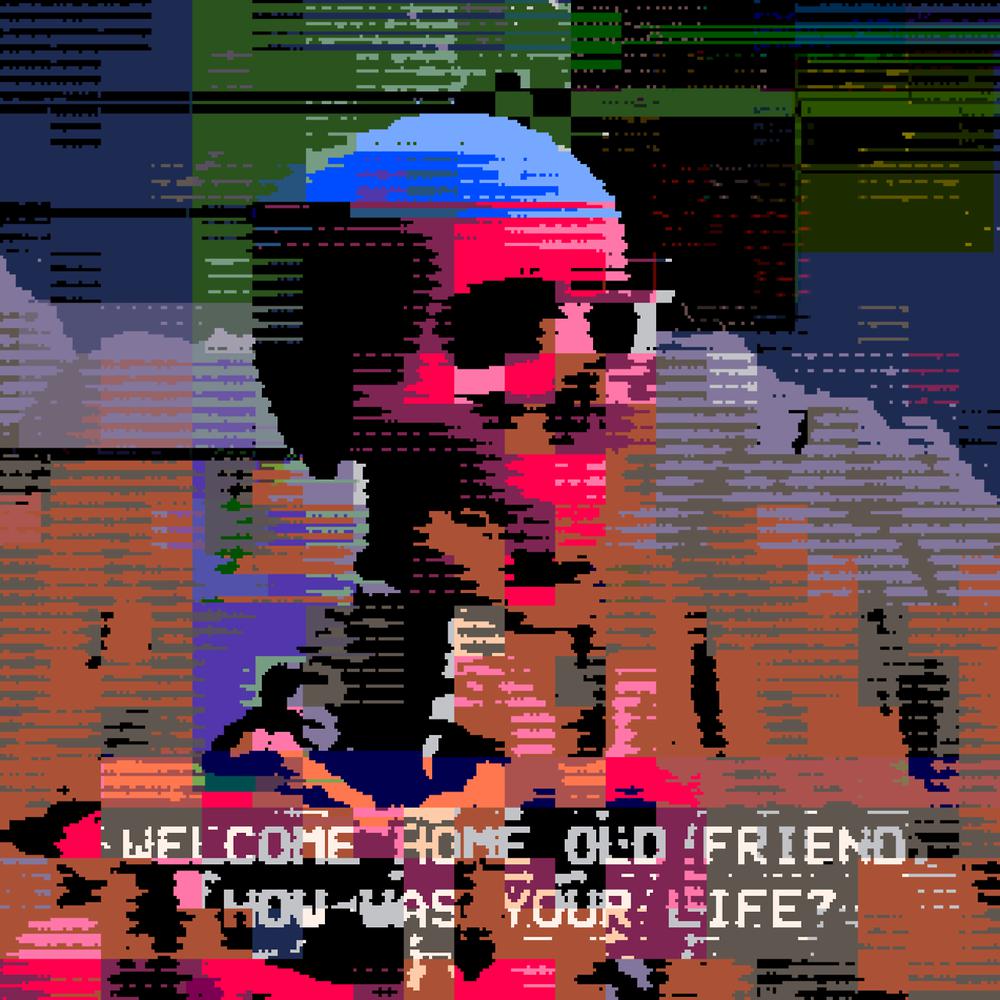 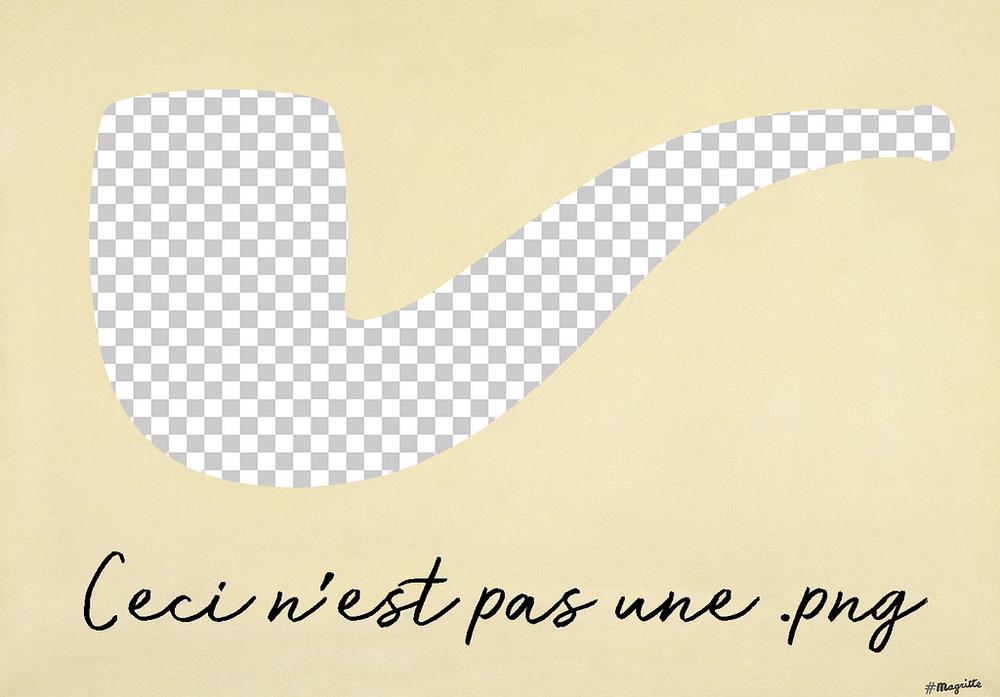 First order of business: I'm going to be in Zagreb, Croatia for the /'fu:bar/ Glitch Art Festival 2017 the next two weekends! I'll be giving a talk on glitch art in the mainstream, and I'll definitely put slides up and share them here. What this means, though, is that in my deliriously jetlagged haze the next two Glitchets may be a day or two late (but they'll still happen). Thanks for your understanding! And also, if you happen to be within going-distance of Zagreb, you should show up and come hang out! A whole ton of badass glitch artists and overall strange folks will be there.

OK, now time for emotions. (That's what you read these for, right? The pure audacity of it all.) Have I mentioned that I've been meditating a lot? There's an interesting thing in it because you begin to believe that you've become much more detached, until you encounter those things that which you have merely avoided--not beaten--through solitude. You think, "OK, I'm ready for the world again, now!", and then it kicks you in the stomach with all of the same old habits and patterns. The upside is that you have some coping tools now in awareness and presence, but the downside is that it's easy to view this as a backslide because your previous, oh-so-sacred peace has been punctured by the reality of those feelings and concerns and fixations. But that's the trick: you can't live within the world by running away from it. To conquer the self's many distortions is to retreat, reintegrate, heal, fortify, reengage, disintegrate, repeat.

So at least in my world, solitude is a regenerative activity. Running away into a Tibetan forested mountain range forever isn't the way to go. Instead, expansiveness, consumption, all-understanding is the eventual goal of my human experience. But the trick here is that the return of old feelings isn't failure--it's instinct. The disappointment, the frustration, the disillusionment is all a part of the process. You see through it to its underlying meaning: the breakdown of old structures and the realizations of new ones. To get lost in the sadness is to fall for the trick, to jump into the avalanche when you're climbing a mountain. (Don't ask me why about the metaphorical equivalence of causing an avalanche on the mountain you're climbing, OK?)

Anyways, point is... keep the perspective and push on. Thanks for reading and listening as always. Comments, rants, rambles, and hellos directly to [email protected].