The Inception of Destruction

How a Nazi gets made, precise civilian bombing, biohacking, net states, and more. 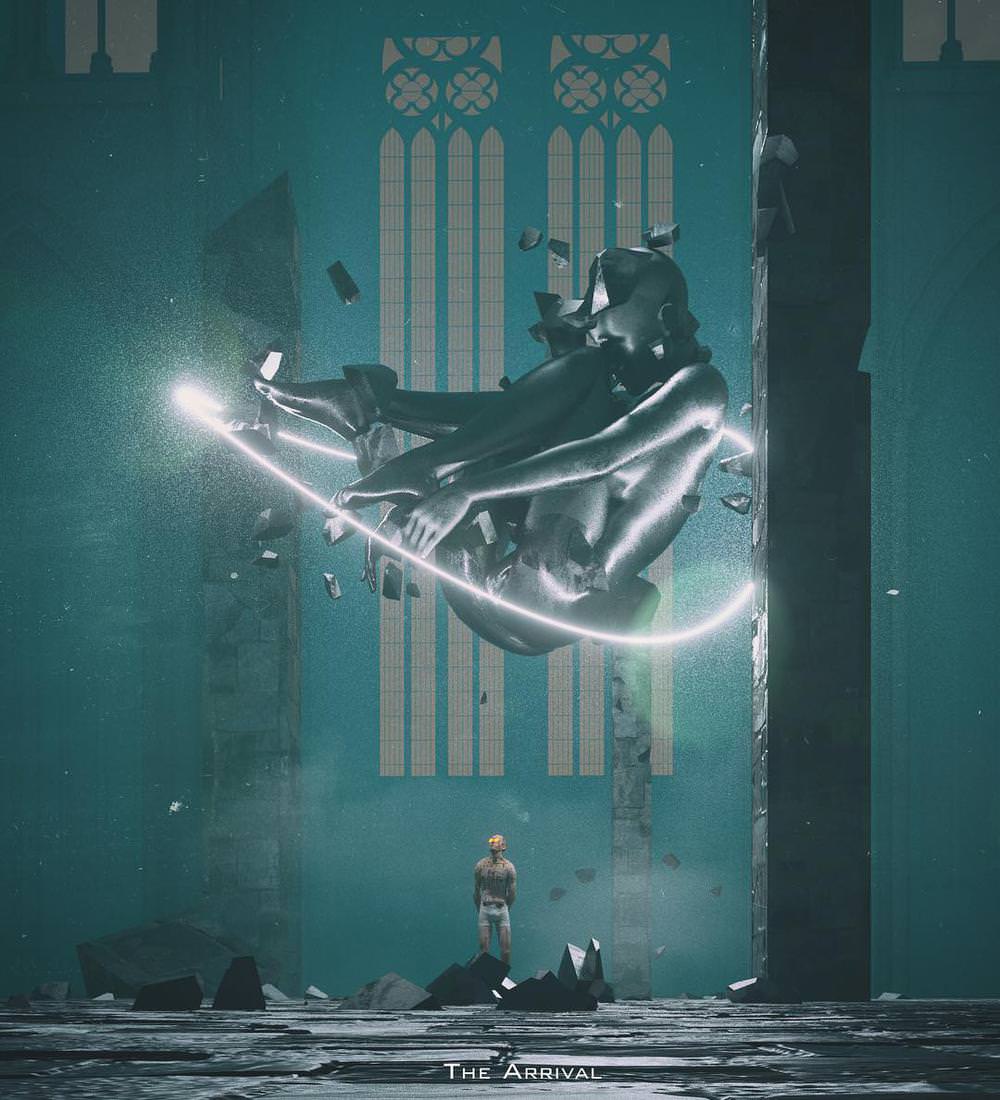 Oh holy crap! You know what today is? That's right, it's issue 2.0 of Glitchet. That means I've been doing Glitchet for two years. Daang! Well, you know what that means--a song! Here's Savant - Forsaken, an almost-pop track, in that I think anything with lyrics is "pop"-ish--electronic music has ruined me--with extreme glitch hop vibes and a music video that is extremely i n t e r n e t. If you know what I mean. Worth a check.

More seriously though, thanks so much for reading. I can't believe I've been doing this for two years (OK, a little big longer for when I used to miss weeks... don't tell anyone). I'll get more sentimental about this in the signoff. For now--articles!

The Making of an American Nazi

Look upon the creation of a Nazi and despair. Here, we have the roots of things: a fundamental insecurity, a "divine discontent", an obsession with power and control, self-hatred, and mental illness. Not to mention a dysfunctional family with an abusive father. Primed by all these things, his mind went too far, become unhinged, come around a bend too many. Starting as an antifascist, antiracist, vegan with a tendency to cling to new causes to quickly, Anglin found his way through life in conspiracy, disillusionment, fantasy about a "true way of life", and ended up vehemently turning on the literal tribe that he found, idealized. Because they rejected him--probably because they could see through his fantasy into his void. Take note that this man was powered by an inner emptiness, a lack of fulfillment, a desire to belong to something bigger than himself.

I feel like this could have been someone who becomes a spiritual seeker, had they had the accidental luck of learning to look inside, instead of looking at inflated, unreal renditions of tribe, family, culture, and nationality. Don't mistake my tragic framing for sympathy for the person: he made his choices. The tragedy here is the template, the absurd commonality of environmental forces that primes someone to perceive ordinary people with hatred and prejudice. For you, reader, this is interesting as indicators of what to look out for in the people around you: and potentially a moment to turn someone in the right direction at a critical juncture. 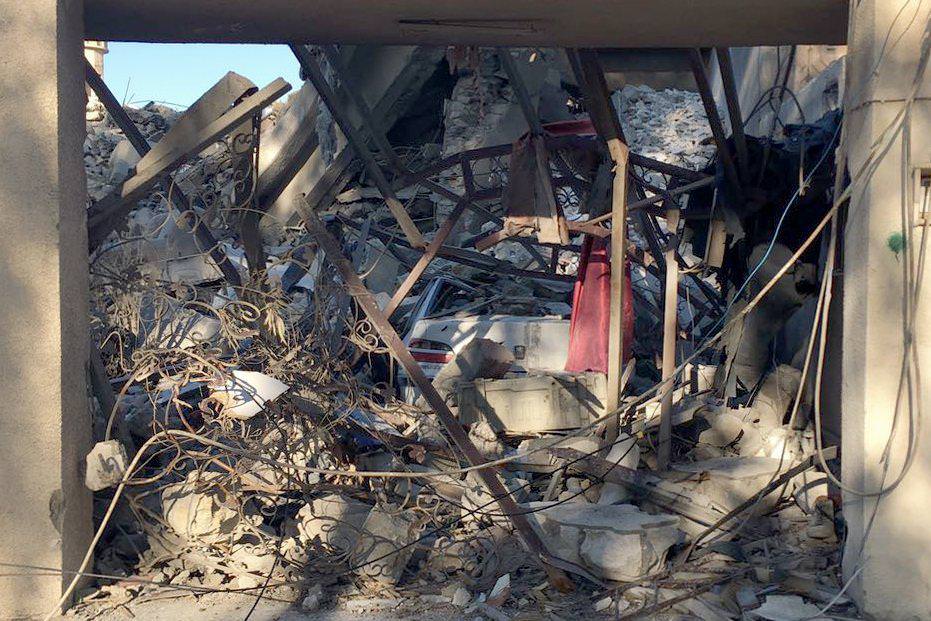 The war on ISIS has resulted in 27,500 air strikes in Iraq and Syria, lauded by the military as "one of the most precise air campaigns in military history." Certain civilians deaths are considered "unavoidable accidents", which the New York Times tallies as 466 to "tens of thousands" of ISIS fighters, according to the air strike coalition. But there are still many civilians who were not counted, or were counted as ISIS combatants. This article is the result of a year and a half of reporting that "shows that the air war has been significantly less precise than the coalition claims", involving on-the-ground touring of wreckages, interviews of witnesses, survivors, local intelligence and officials, news sources, and more.

"The result is the first systematic, ground-based sample of airstrikes in Iraq since this latest military action began in 2014 . . . We found that one in five of the coalition strikes we identified resulted in civilian death, a rate more than 31 times that acknowledged by the coalition. It is at such a distance from official claims that, in terms of civilian deaths, this may be the least transparent war in recent American history. Our reporting, moreover, revealed a consistent failure by the coalition to investigate claims properly or to keep records that make it possible to investigate the claims at all." A long read, worth your time in its immensity, scope, and implication. 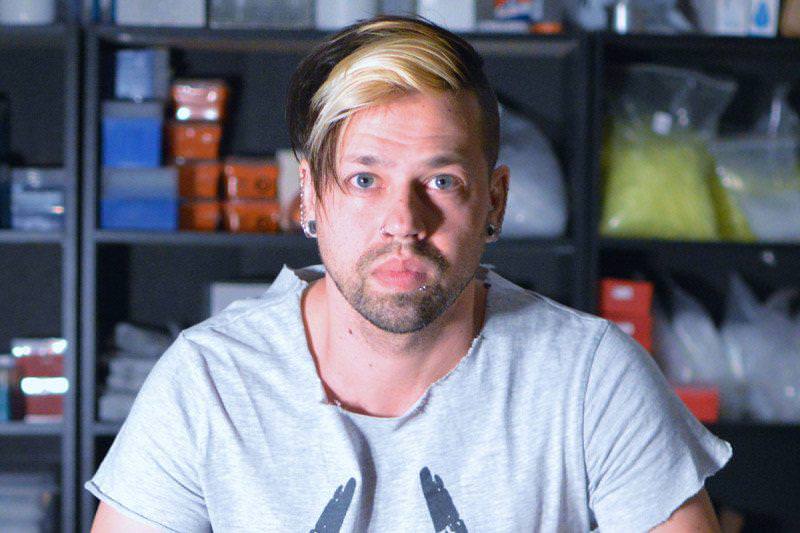 Note: paywall on this article, but it links to the important parts: a Facebook stream where Josiah Zayner (biohacker in question) injects himself on a Facebook Live stream (26:40) with DNA that should make him more muscular. Um. Hello, the cyberpunkest reality? "I don't know--I don't know why people don't try it!" he says. "I'll let you know how it works out." In one of Zayner's blog posts he has the desperate, frazzled tone of a man researching and working on a mission, with phrases that wouldn't be out of place in a cyberpunk fiction novel.

So, what's the downside? Well, I mean, he might turn into a mutant or the hulk or something, if he isn't smart enough. If he is smart enough, well, I'm jealous. Most of us aren't, though, and that's the problem. This overall reads as A Very Bad Idea [For Most Of Us Regular Folk] (AVBI[FMOURF]--drop that acronym on a friend). If you click through the product link at the end of his blog post, you'll see a $20 Open Human Plasmid biohacking ... thing... which you use for something... biohacky. Clearly, this is Something For Experts [AKA Not Me] (SFE[AKANM]). 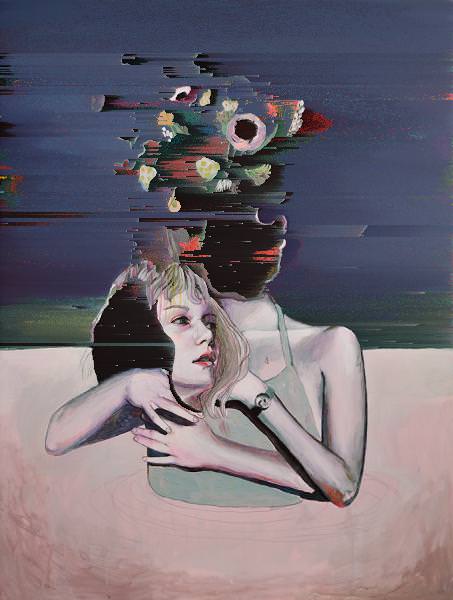 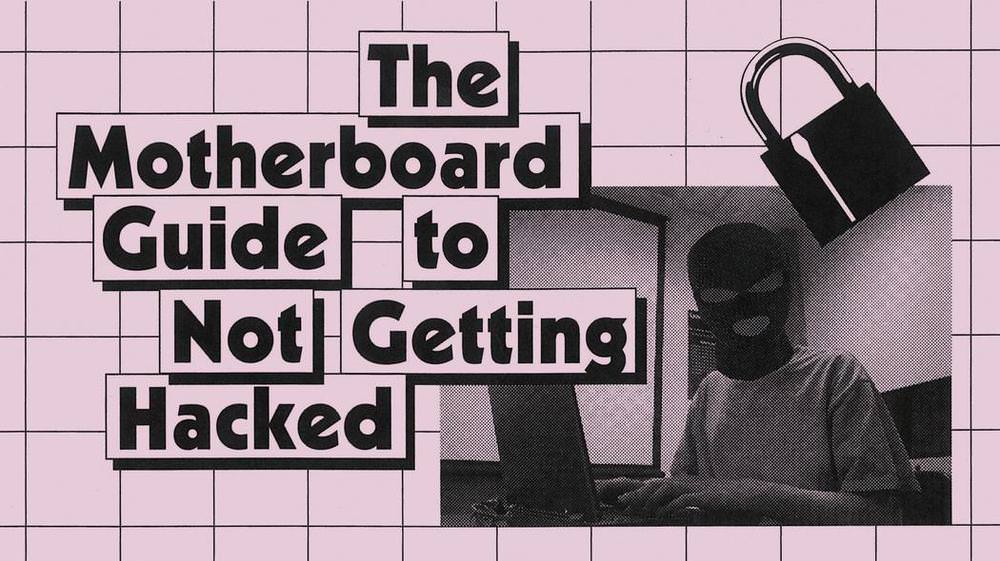 The Motherboard Guide to Not Getting Hacked

Hi, here's a guide on not getting hacked. Take it from someone who has had their Domino's account compromised to order pizzas, and multiple credit cards used to make fraudulent cards at Walmarts around the country. Well, to be fair, that issue can't be helped by me--huge companies that store financial information need to stop fucking up. However, I have been locked out of accounts, had my personal information replaced with Russian, and generally had my personal information divulged all across the internet, like millions of others.

So here's the tl;dr:

You'll thank me later, when you realize that it's been quite a while and you haven't been hacked. 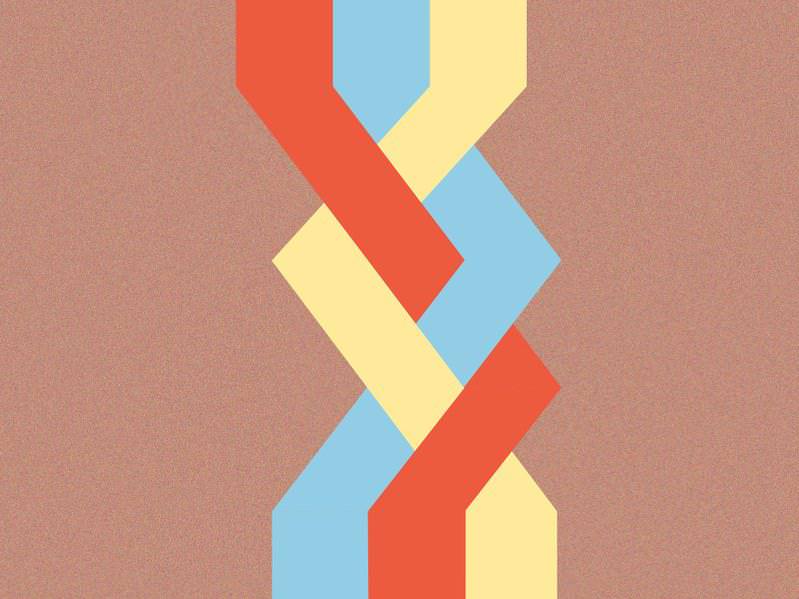 Net States Rule the World; We Need to Recognize Their Power

Here's the tl;dr: Facebook, Google, Amazon, etc. rule the entire world. They jockey for political power, the move mountains (of cash), they determine policy, power, and platform. Be aware. 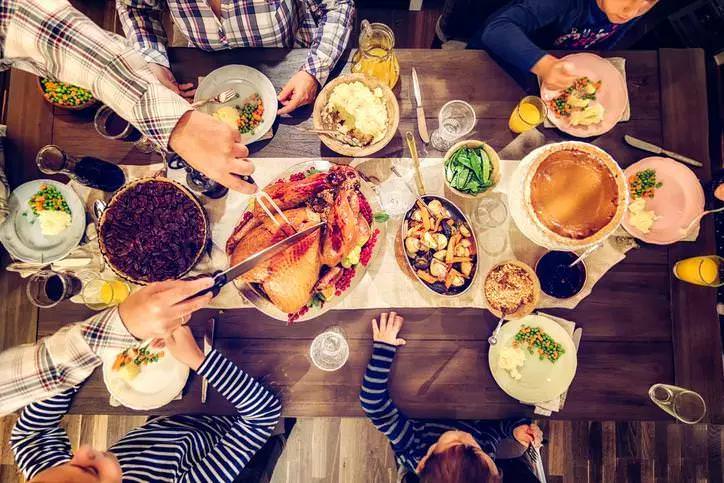 Cellphone data seems to confirm that politics is ruining Thanksgiving

"Matching location data to precint-level voting data paints a detailed portrait of how people from predominantly Democratic and Republican areas spent the holiday." They then make the point that Thanksgiving pits Democrats and Republicans against each other by forcing them to spend time in the same room together over dinner, because when you know a family member for so long, the only thing left to talk about is politics. Of course, nobody cares about that--this is "duh science". The kicker is that they were able to track individuals' cell phone data to figure out where people were, where they slept, and what times they came and went. In the words of a tweet, excuse me you did what. (That tweeter also followed up and wrote an article on why SafeGraph is tracking where you do your thanks-giving with over 10 trillion location markers.) 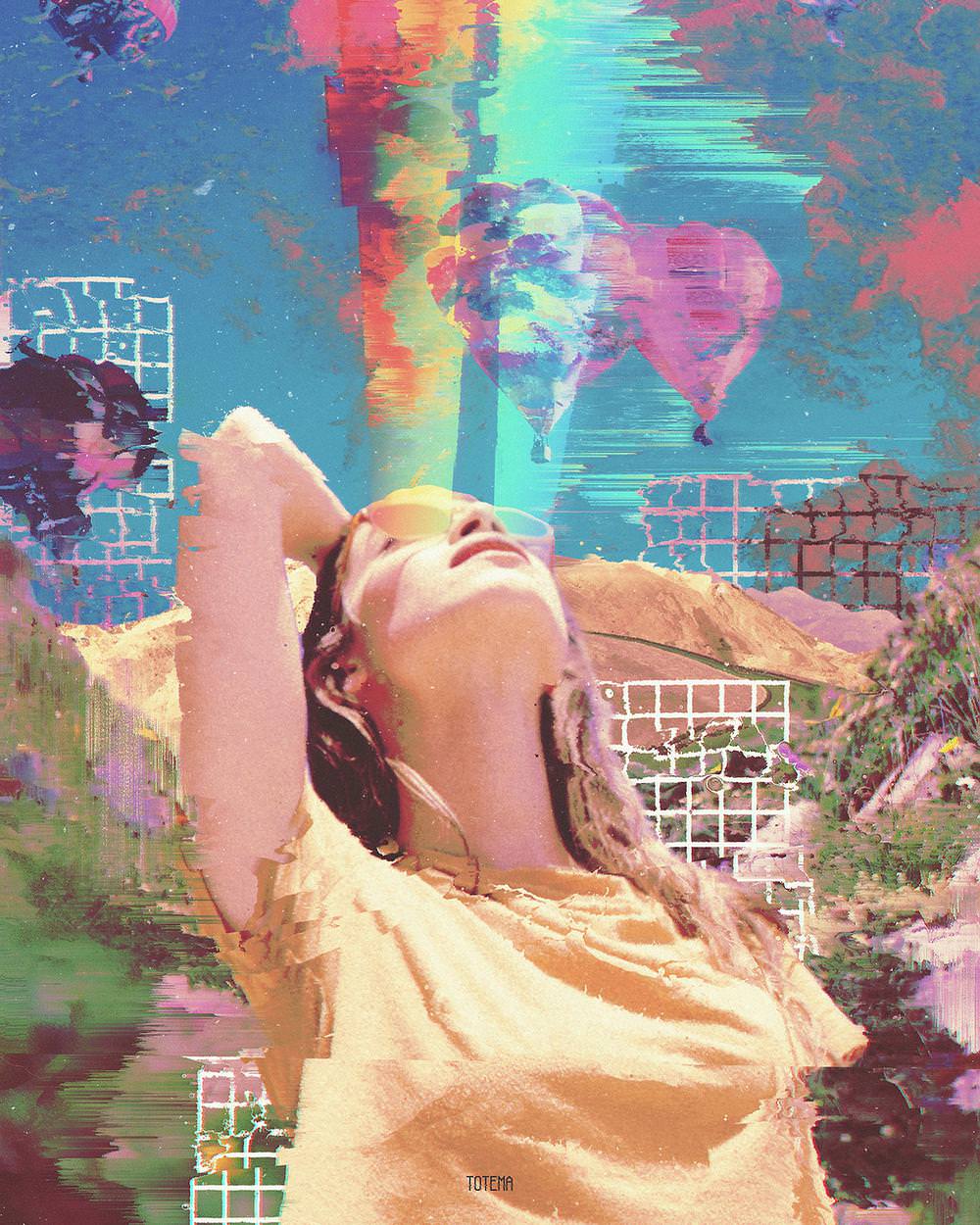 Happy birthday to Glitchet! Happy birthday to Glitchet! Happy... OK, yeah. Two years, that's a lot. Whether you're a longtime Glitchet vet or a new reader, thank you for reading. This webzine-newsletter-weekly-something-or-other has given me an unexpected outlet for expressing my consternation, frustration, perplexity, amusement, despair, and wild fascination with the world we live in. To my joy, I happened to meet many other internet denizens who form some intersection of feeling with me! And for that, I am incredibly grateful.

CAPITALISM ACTIVATED
With a two year anniversary, it's only fitting to remind you that I will certainly take your money to the tune of $1 or more per month, in exchange for absolutely nothing except my intangible love and the promise of maybe occasionally posting personal updates on the Patreon (which I haven't done since April). It's solely to encourage me to keep doing this, which I plan to do anyway, but hey, this is my 10-year plan to not have to work for someone else.
CAPITALISM DEACTIVATED

Let's talk about stuff. You know, I'm about to ruin your time if you like incremental games again--I've been playing Realm Grinder a ton while binging Dexter from the beginning because for some reason I want to see just how bad the ending of Dexter really is, and I obviously need to rewatch all eight seasons in order to have, uh... context. And along with Netflixing is my inability to sit still and just be 100% engaged with something, and thus, incremental games: watching numbers increase, resetting all of the big numbers to have a percentage faster numbers increase the next time around, then doing it over, and over, and over, and over again. Holy shit. Free me! (I even downloaded an auto clicking program, because the only way to loose me from a game like this is to fundamentally ruin it.)

But why? I've been making a lot of changes, and one of those is gearing up to responsibility, and to work. Now that I have this incredibly fluffy kitty, I need to get my shit together. I got sick and I decided to cut caffeine. I would like to start actually writing blog posts, considering that my signoffs here and starting to get to the length of blog posts anyway. But before I do that, I must clean my house, both figuratively and literally, because there are clothes everywhere, my house has exploded with books, and oh my god there's cat hair everywhere.

So why get caught up on bullshit like Realm Grinder and Dexter? There's one irrationalization here: if I don't relax, I'll go crazy! (Incorrect. This habit is not relaxing--it is merely occupying.) Another part is just laziness, the refusal to look at responsibility. But a big part of it is systemic in our distracted, screened world: an inability to focus and be present. I didn't realize just how much caffeine was fucking with my ability to focus and prioritize until I stopped and realized that caffeine was making me awake, attentive, and focused, but often to the wrong tasks. But it would be misleading to just blame caffeine: it's also the constant stimulus boost, the hum of switching tabs, typing "facebook" or "reddit" or (or "f" and "r" and hitting enter), seeing those shiny red notifications, staring at the screen and entering a rudimentary, hypnotic, task-oriented state. It's satisfying. It's easy. It's useless.

It's also incredibly comfortable. I know how to orient myself in this world. Not to sound like the world's biggest asshole, but am I afraid of my own success? In a way, I think we are--we fear becoming different, changing routines, enabling ourselves for no other reason than that it is different. And becoming different (in any way) takes courage, but also effort, because our brains reward sameness, laziness, dopamine loops, and giving in. This is pretty fundamental stuff: every self-help book or Medium blogger who fancies themselves a "productivity leader" proclaims this. But the major telling factor for me has been being able to sit in the moment (or stand in the middle of your living room) and take account, and ponder: what next? What do I want? What are my goals? I have dozens of lists of lists of things I want to do, learn, research. But I can only do one at a time. And that can get overwhelming. But when the prioritization fails, you can stop and come back and say: OK, I'm here. I'm present. What am I missing? Oops, guess I'd better reprioritize.

So for now, I'm going to clean my damn house. Well, tomorrow. It's late. Thanks for reading! Here's to another year. (Geez. I really do need to just start a blog, don't I?)