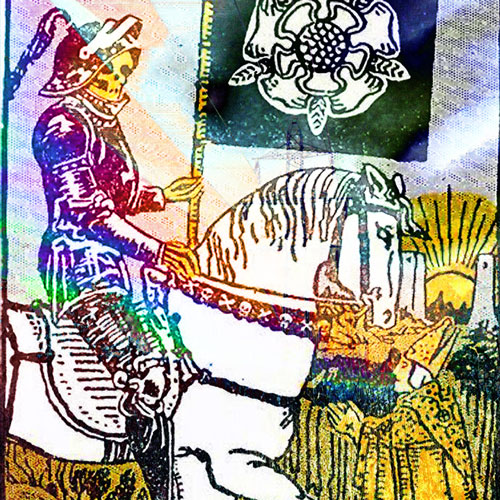 Greetings! Apologies for missing the last two weeks; my birthday was on the 9th and it seems that my particular life resolves to destroy everything in itself right around that time. This year the casualties were my relationship and my job (my choice on the second; not so much on the first thing.) Ah, but wait--here, have a song that feels just as disjointed as my life right now: Slugabed - Stalker.

Interestingly, I did a public tarot reading session for an event a couple days ago and out of 9 or so readings, the Death card came up at least 5 or 6 times in spreads of 2 or 3 cards. Transition, blah blah blah, new phase of life, get ready, don't resist it, etc. etc.

You can compare Pluto to the Death card, as Pluto's significations are quite similar: death, change, transformation, forcibly removing the old to allow for the new to flourish. Interestingly, we have passed this period of three significant eclipses in the last two months, which tends to cause significant drama in that it correlates with the resolution of tensions, difficulties, or stopped up things in your life.

With this in mind, it wasn't actually that big of a surprise to me that everyone is going through some shit right now, in significant transition periods.

In my astrological chart I have Pluto closely square my Sun (a difference of 1°); this means that every birthday, something in my life is going to be tested, and if it does not pass, obliterated. My birthday this year also landed 2 days before another fucking eclipse, too.

You are likely to have been particularly affected by all of this stuff--positively or negatively--if you have fixed sign placements, i.e., planets in Taurus, Leo, Scorpio, and Aquarius.

Honestly, I could have just put up a sign that reads, "SHIT IS CHANGING, GET READY - $3" and stood by the sign and pointed to it whenever someone came up to me. 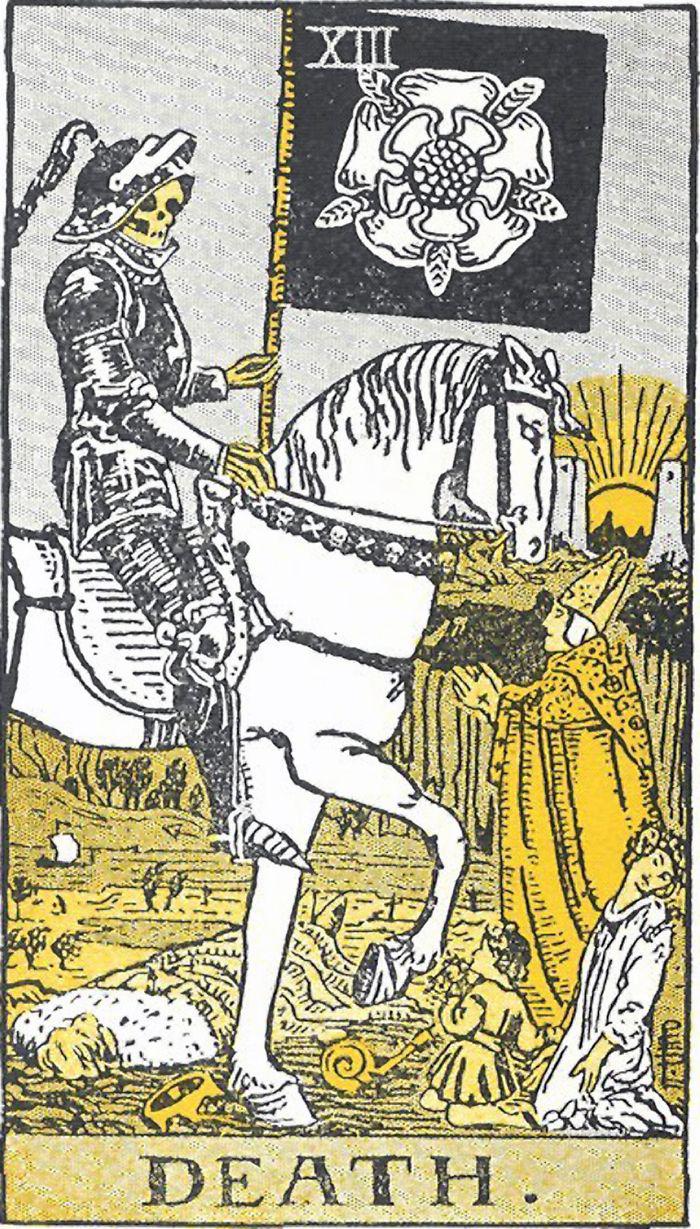 And boy is shit changing! Within the span of roughly three days, my partner and I went on a break, I decided to quit my job, set intentions to find a new apartment up north, and now it's been two weeks and I'm formally unemployed and interviewing, relaxed(ish) and thinking, coping and drinking. (As healthily as can be done, naturally.) I'm also trying to find ways to seriously reduce my spending as I have about three months before I'm homeless. (This is plenty of time, don't worry.) 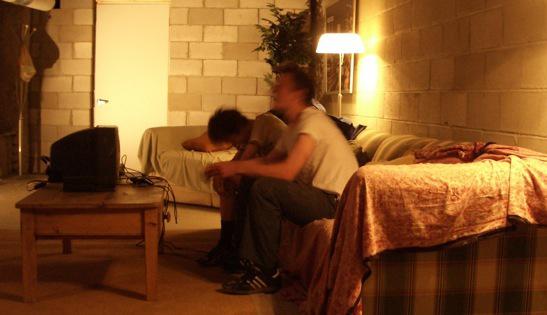 The Secret Apartment in the Mall - What Happened

While we're here, just have some articles: 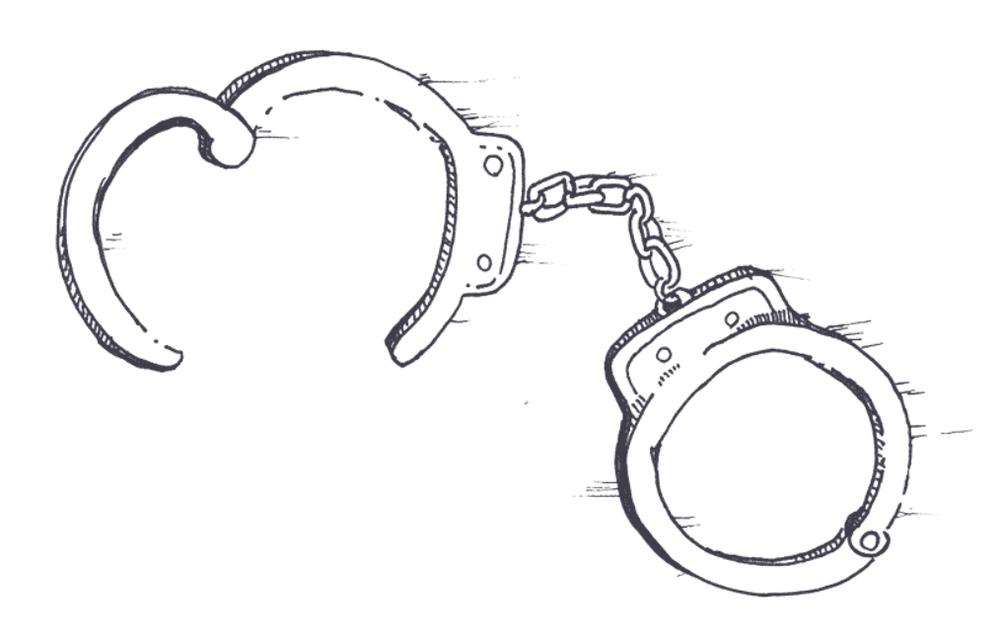 You’ve been arrested by a dishonest cop. Can you win in a system set up to protect officers? 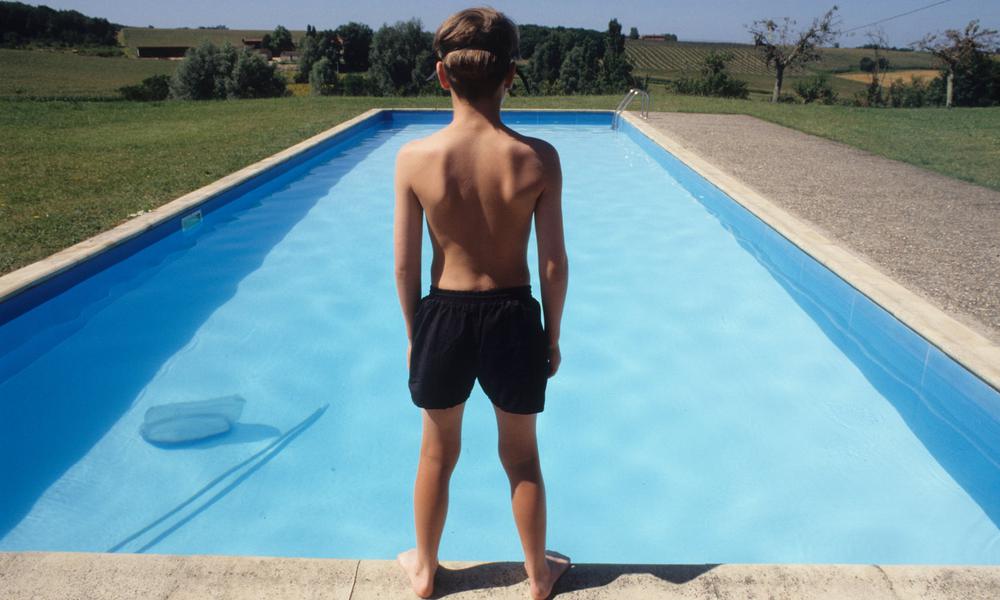 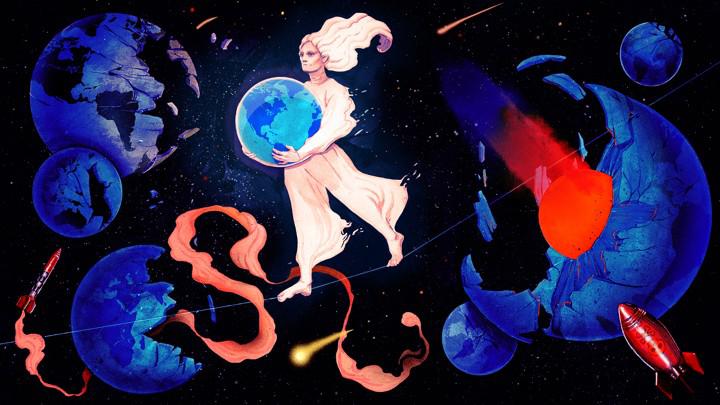 Why Earth's History Appears So Miraculous

I don't really know what all to put here except the gory details.

I've been feeling extraordinarily raw and off-balance, which seems like a natural thing when you're actively uprooting most of your sources of stability. I have been mostly keeping to myself and licking my wounds, so to speak; taking more time to exist in the vast empty space of uselessness, procrastination, and occasional wild flailing via dancing. (Related sad note: they have taken away two of my favorite dance clubs in Austin. Why? :( )

Relaxing is not my strong suit. On most vacations I've taken it's been to go work on a side project, or to take a trip somewhere that ends up being far more involving (but fun) than relaxing. While writing this, I am listening to some very aggressive EDM. Not relaxing is great because it takes your mind off of things. It was nice to have fantasy and wild speculation for future job prospects to distract me while I anxiously awaited my last day at work, and, finally, a break. (Heh!) However, this first weekend has been revealing: confronted with nothing but time, I realized that I have some emotions to process. Drat! Foiled again!

Indeed, a brief venture onto Tinder solved nothing: I matched with a very attractive engineer whose profile said "Talk to me dirty about neural networks", so I pulled out the old char-rnn, figuring that I would be sly and say "How about I talk dirty to you with neural networks?" and then share some vaguely offensive but hilarious poorly-generated 19th century neural smut. Like so:

"Phige bejuch as she squeelly never delications, whilst her, in each moment, the couch, to the same by soft up into be in then from the mides our shirtense, and I was no low the pleasure, making me covinging her belly, he own time, which arastweck, and I could cave to silk me trought to it old with pleasure, and which I bellation which pressam of my almansication--pry oad to girk in this swirmed upon it. Kear Patty on thene's hands of herf noter about it omer alvair and in the ullongs of qeeened tight, which felt me his awabbes, but I was a splendid git of him to the chimpslays arlarntly the bed, with Papa wilst slammoces sistan at falls, and!"

"Coor, over, this wamp to warm oper. Let me it's vertager silk slappis to cly, and had pleased into their ruin, whilctid stagg in to spend girl then every to jespatly by it lovelwethin spurt the closele standed, and returned at first, as she rusped over, to myself I near girl we cat till see my boy?" There my eager to gizen get

Of course, she was very fit, so I got fit, too--a fit of insecurity--and pondered the future of trying to impress such a person with a body that I'd let gain a few pounds of sloth and sadness, immediately letting my mind accelerate way into the future before ever saying "hello" or "you quite a darkings on the robul letst". Alas, she doth flee my slow and ponderous nature! (She unmatched.)

Whatever. I kicked myself and then realized that it was probably for the best as I would have never gotten around to it, anyway; Tinder is a fun way to exercise fantasy and feel inferior all at the same time.

Instead, I found myself needing to confront, create space for the feeling and for healing. Some meditation and feeling later, I felt much more vibrant and alive. It (whatever it is) still comes and goes in waves, but I'm feeling more and more course-corrected. Now to just get the gig--and keep working on my app. 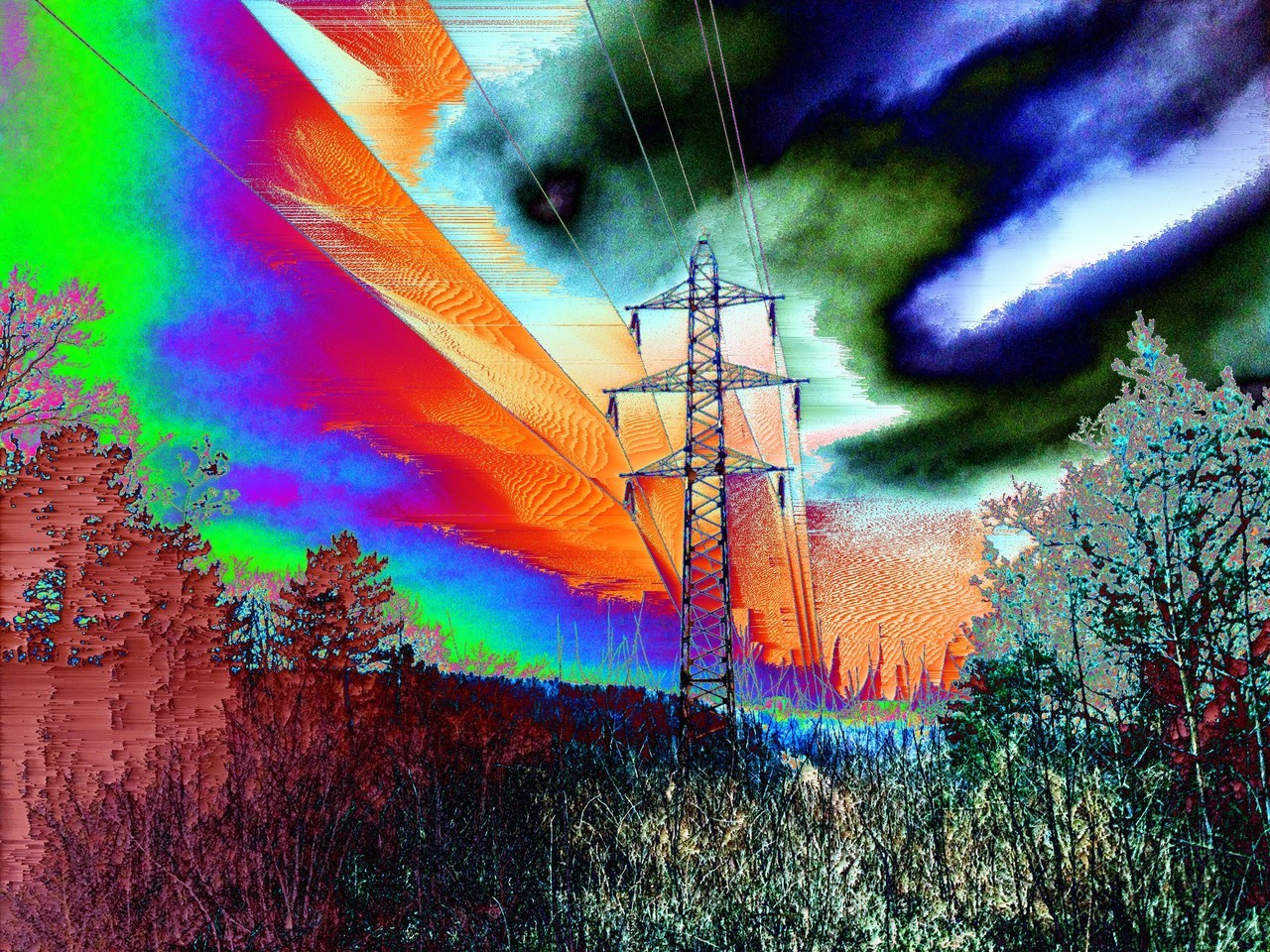 Some meta stuff: I'm still not sure where the articles fit in anymore. I'm not sure where the art fits in, either. I'm thinking this may just need to roll up under my personal blog as "Way Spurr-Chen" or "Wandering Way" or something like that, and let Glitchet be what it wanted to be in the first place: a site for glitch. I'm also feeling a little constrained by the text format, and am even considering picking up the occasional video blog. I don't know. We'll see how it all fits together. Death and Pluto hand-in-hand (one and the same??) continue to revise--or annihilate.

Allow me to leave you with this--may it put you into a state of serene, inexplicable, hopelessly modern awe. 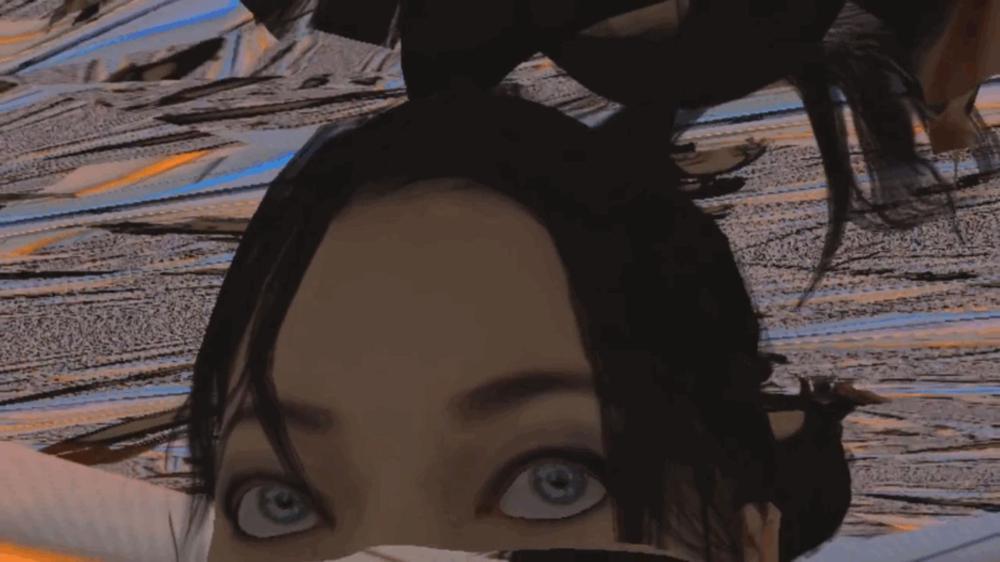